In support of their Sour Lemon EP, which is out today 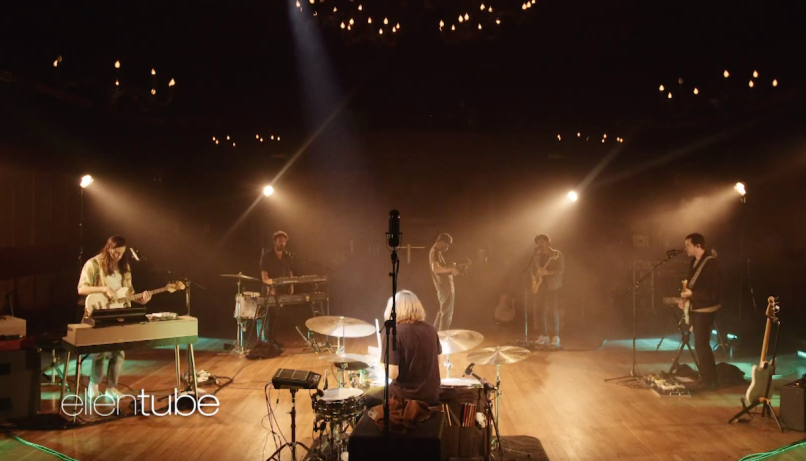 Set up in a large and rustic indoor space with glowing overhead chandeliers, the California indie rockers rolled out “Statues in the Garden (Arras)”. The EP’s second track boasts all of Local Natives’ sweet spots — from those golden harmonies to the warm, sunny guitars — making for a TV performance that should delight new and old fans alike. At the very least, it reminded us of the live electric magic this band manages to conjure every time it takes the stage. Real concerts can’t come soon enough!

Watch down below, and then head here to stream the entirety of Sour Lemon, which also features a collaboration with Sharon Van Etten.

Elsewhere in 2020, Local Natives teamed up with Sylvan Esso for a new version of “Dark Days”. The original track is taken from their most recent full-length album, Violet Street from 2019.