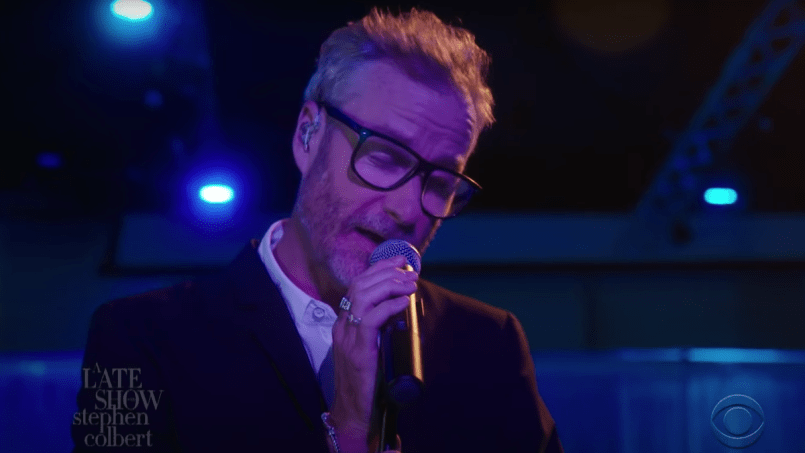 Last week, The National’s Matt Berninger celebrated the release of his debut solo album, Serpentine Prison. To further promote the project, the indie rock frontman performed “essential” track “One More Second” on the Late Show with Stephen Colbert on Thursday.

Accompanied by his backing band, Berninger played from inside a warehouse-type space. Berninger’s signature bellow, pensive and somber, set the tone for the entire appearance, along with the moody blue lighting that blanketed him. Watch the video replay below.

In a review of Serpentine Prison for Consequence of Sound, Jordan Blum wrote,

“Serpentine Prison isn’t the drastic change of pace that many frontmen create when they do a project outside of their main band, but it does enough to justify itself as separate from The National’s catalog. At the same time, longtime fans of the group will undoubtedly feel at home here, too, while also admiring what Berninger does differently. It’s not all equally captivating or distinctive, but it is consistently moving, tasteful, and alluring, promising something even greater when Berninger returns for his sophomore solo sequence.”

For more of Berninger, read our in-depth interview with the indie frontman here. Among the topics discussed: the 2020 Election, his connection to the movie Jaws, and more.