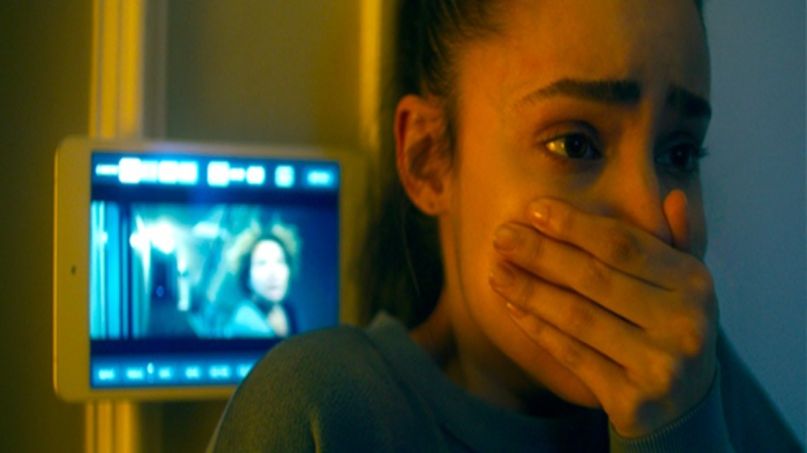 In a year when people have collectively turned to art as an escape from our hellish reality, Michael Bay decided to give us the opposite. The first official trailer for his completely unnecessary coronavirus film Songbird depicts an even more dystopian version of what we’re currently living through. Tone-deaf much?

Songbird is set in 2024, a hypothetical future in which the virus has mutated and killed over 8 million people in just 12 months. Its story revolves around a young couple, Nico (K.J. Apa) and Sara (Sofia Carson), who struggle to survive while separated from one another in a city ruled by martial law.

The three-minute trailer features scenes of run-down quarantine camps filled with people who were abducted by military personnel after failing to pass smartphone thermal scans. In one scene, Nico is almost shot on sight by soldiers who think he’s infected. Another one sees Sara’s infected neighbor begging to be let into her house before she’s dragged away by armed government psychos.

Take for example Stormare’s role. He seems to be playing some heavy-handed evil doctor type who travels with an army of military goons tasked with snatching sick people out of their homes. But he just looks like Tim Robbins’ ghoulish character in the fantasy-comedy Tenacious D in the Pick of Destiny. There’s also a cringe-worthy COVID sex worker scene and plenty of campy, predictable romance between Nico and Sara.

Alas, if cultural masochism and/or giving yourself the sweats is your way of coping with our crumbling reality, then you check out the trailer for Songbird below. It doesn’t have an official release date, but is expected to arrive sometime next year.