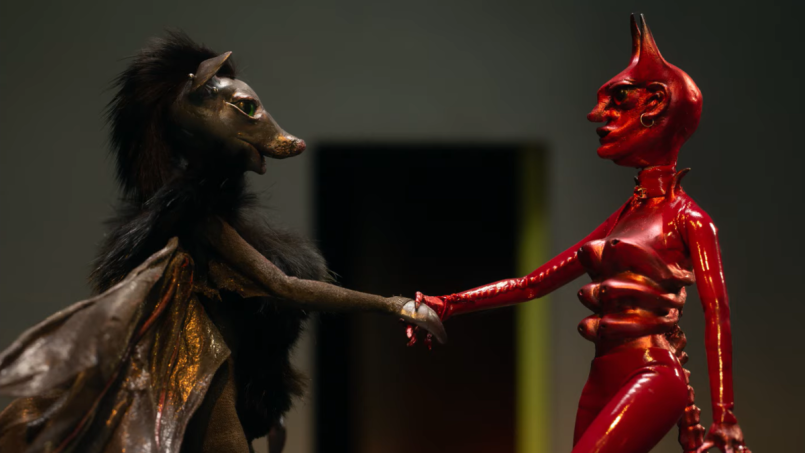 Last month, “Long Road Home” was released alongside two other songs, “Cross Talk I” and “Auto & Allo”, in a package that Daniel Lopatin titled Drive Time Suite. The moniker is a reference to the record’s loose theme of a radio broadcast, but the new video for “Long Road Home” has absolutely nothing to do with that.


Instead, the stop-motion story features two unsightly monsters feeling each other up, sharing a romantic dance, and then evolving into one greater creature through some sort of psychedelic explosion. OPN fans might recognize the video’s minimalist setting from the cover of his 2013 album R Plus Seven, both of which serve as an homage to Georges Schwizgebel’s 1982 short film Le ravissement de Frank N. Stein. Peep the video below.

In a statement, co-directors Charlie Fox and Emily Schubert describe the story as “a romantic fable about love and transformation.”

“[It] grew out of a lot of wild philosophical conversations with Dan over the summer,” they said. “We wanted to take these supposedly grotesque or demonic creatures and turn them into the weirdly adorable and heartbreaking protagonists of this courtship ritual. For a song that seems to be sung by something mutant and magical in a time when intimacy is craved and feared, it felt like a hot match; it just felt good inside. And all this stuff started oozing out.’

“Long Road Home” is one of 17 tracks on Magic Oneohtrix Point Never, which is set to drop October 30th via Warp Records. Order your copy now.