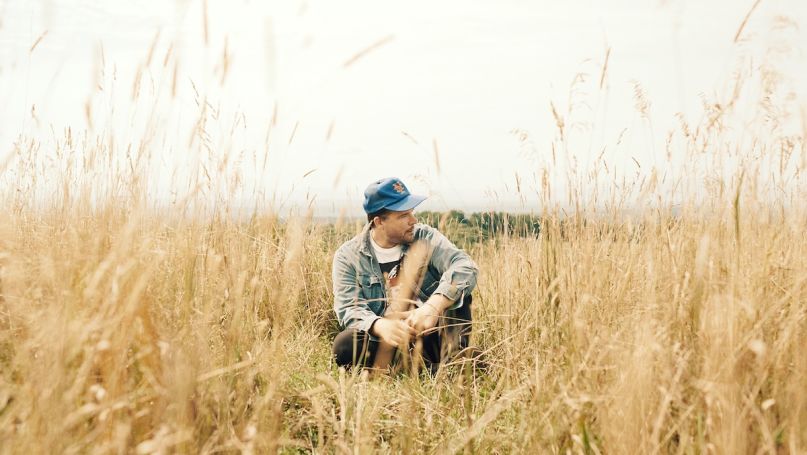 Indie rock three-piece Wild Pink have announced their third studio album, A Billion Little Lights. The follow-up to 2018’s breakthrough Yolk in the Fur, it’s due for arrival on February 19th via Royal Mountain Records.

“It was inspired by Carl Sagan’s ‘Cosmos’ as well as ‘If I Needed You’ by Townes Van Zandt,” Ross explained in a statement. “This song is named for a grim retirement home in Florida. It’s about somebody who was born sheltered realizing how large the world is and how unimportant they are.”

The corresponding music video stars Annie Murphy of Schitt’s Creek fame, and she does a solid job of conveying the track’s themes. Directed by Justin Singer, it sees Murphy curiously and pensively wandering through the woods and a modest cabin owned by her family. If all you’ve known about Murphy is the flashy and fashionable Alexis Rose, this clip will be doubly worth the watch.

Check out “The Shining But Tropical” below and then pre-order A Billion Little Lights here. Murphy also provided a lengthy statement about the special cabin in the video which can be found at the bottom of this post.

A Billion Little Lights Tracklist:
01. The Wind Was Like A Train
02. Bigger Than Christmas
03. The Shining But Tropical
04. Amalfi
05. Oversharers Anonymous
06. You Can Have It Back
07. Family Friends
08. Track Mud
09. Pacific City
10. Die Outside

“My family has a cabin in the middle of nowhere in rural Ontario that they use as a hunting camp every October. The previous owner was a woman named Mrs. Clark who lived there with her husband and sons in the 1940’s. Though she had them as company, they all worked outside of the house, and most of the time she was very much alone, with no electricity and no running water. After many years of isolation and many long, dark winters, she walked into the woods one afternoon and killed herself.

My uncles, who I think would consider themselves “tough guys”, have all had at least one strange and spooky encounter in their time at the hunting camp. Would they fully admit to seeing or hearing Mrs. Clark’s ghost? No. But I would on their behalf.

This is a video loosely based on Mrs. Clark’s story. When the crew set up the camera’s for the first shot in the cabin, the monitor screen just showed static. Mike [McLaughlin, director of photography] was truly baffled and insisted he’d never seen this happen before. That’s when my Uncle Pat stepped in and called up the stairs “Hi Mrs. Clark. It’s me, Patrick. We’re here to make a little film about you. It’s respectful and nice and is telling your story, so we hope you don’t mind”. Five seconds later, the monitor started working. Thanks Mrs. Clark, I hope you like what we made!”