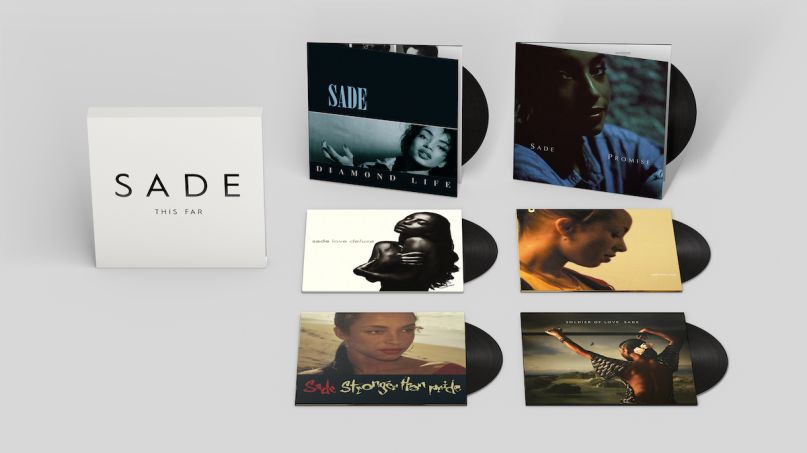 It’s been a full decade since Sade released a new album. Now, as 2010’s Soldier of Love hits its 10th anniversary, fans will get a chance to revisit it alongside the band’s entire discography in the new This Far vinyl box set.

It all began at the legendary Abbey Road Studios, where Sade worked alongside frequent co-producer Mike Pela and engineer Miles Showell to make digital transfers of the original stereo master mixes. Those mixes were then put into a restored Neumann VMS80 cutting lathe to create “elaborate, half-speed” masters. The result of the intricate process is audio with “extra clarity and pure fidelity, preserving the dynamic range of the original mixes for the very first time.”

So in celebration of that remarkable sound quality and the tin anniversary of Soldier of Love, we’re giving away one (1) copy of the This Far vinyl box set. To enter to win, simply fill out the widget below. Note: If you have trouble seeing the form, you can enter here.

The contest is open to residents of the US and Canada only, and requires entry into both the Consequence of Sound and Sade newsletters.