The jam-packed release is a Motörhead collector's dream 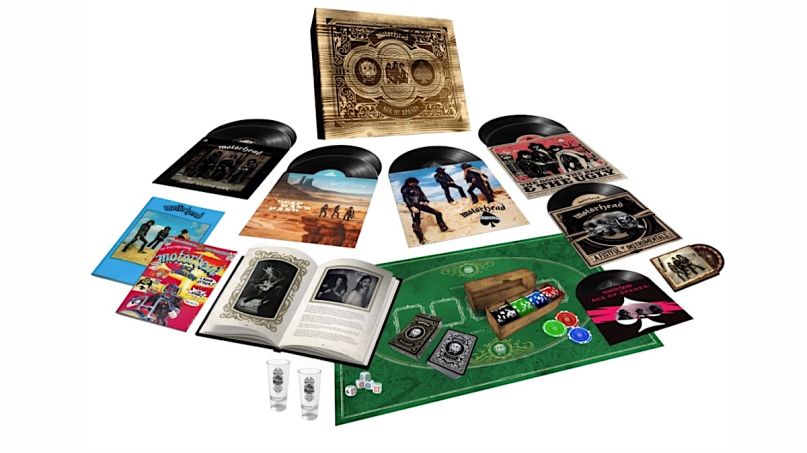 Motörhead’s trail-blazzing Ace of Spades turns 40 years old in 2020. To celebrate, the band recently announced a series of reissues, including a limited-edition super deluxe box set, which you can enter to win exclusively via Heavy Consequence.

Available beginning October 30th, the box set includes 180-gram vinyl of the original album remastered; a previously unreleased recording of a 1981 concert in Belfast; another 1981 concert from Orleans, France; a 40-page book; an EP of previously unreleased instrumentals; a double-album of B-sides; a DVD containing rare TV appearances from 1980-81, a live concert from 1981, and a 5.1 audio mix of the original album; a replica program from the band’s “Ace Up Your Sleeve” tour; a comic book; poker dice; shot glasses; a poker mat; playing cards; and casino chips.


If that’s not enough, the super deluxe box set comes housed in an absolutely beautiful bespoke wooden Wild West dynamite box. It retails for $300, but can be yours for free if you’re the winner of our contest.

To win Motörhead’s Ace of Spades super deluxe 40th anniversary box set, simply enter using the widget below. Note: If you do not see the widget, click here to enter.

If you want to guarantee yourself one of these limited-edition super deluxe box sets, you can order one here. There are also other configurations available, including the regular deluxe box set that still contains a number of the items listed above; a simple 2-CD edition; or a 3-LP version. Those can be purchased via the band’s webstore or Amazon.