Wolfgang Van Halen: Rumors About Van Halen’s Future Are “Hurting Me and My Family” 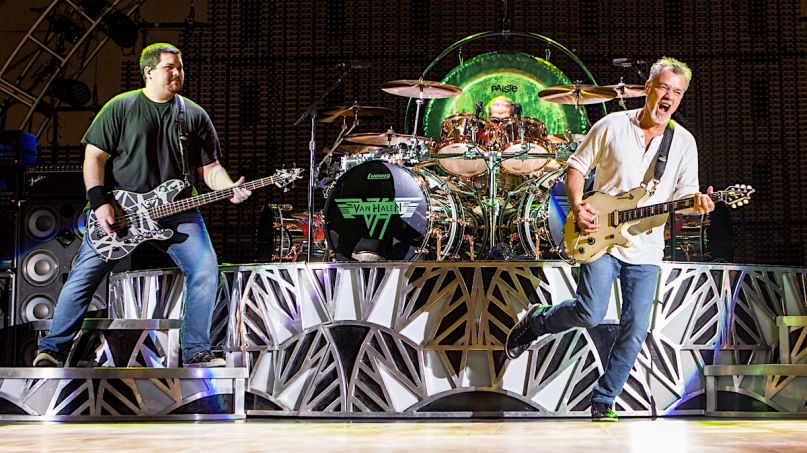 The band Van Halen have always been synonymous with Eddie Van Halen, so it would be fairly safe to assume that the band ended with the guitarist’s passing earlier this month. However, there are rumors circulating that Van Halen could continue without Eddie, and that has his son, Wolfgang, understandably upset.

The site Metal Sludge recently tweeted out an update from a private Wolfgang Van Halen fan group that read as follows, “VAN HALEN UPDATE: There is a strong possibility that the band is not over (like it or not) — this is the word that is being talked at the VH camp. Sammy Hagar: Vocals, Michael Anthony: Bass Guitar, Alex Van Halen: Percussion and Wolfgang Van Halen on guitar. It has been mentioned that Eddie Van Halen told his son and brother, I give you my blessing.”

Wolfgang, who had been the bassist in the most recent incarnation of Van Halen, strongly denied the rumor. He shared the above tweet, and wrote, “This is just a shitty lie attempting to capitalize on these awful times. Please stop with this.”

He added, “Anyone peddling this shit is not only hurting the fans, but hurting me and my family.”

Prior to Eddie’s passing, there had been a report in late 2018 that Michael Anthony would rejoin the band for a massive stadium tour in 2019. Van Halen’s manager, Irving Azoff, confirmed those rumors in an interview with Pollstar following Eddie’s passing, but explained that Eddie “was physically unable to do it.”

In late 2019, just prior to a report that Eddie was battling throat cancer, singer David Lee Roth declared, “I think that Van Halen is finished.”

Similar rumors followed Pantera after the tragic 2004 slaying of Dimebag Darrell. The guitarist was a huge Van Halen fan and was even buried with one of Eddie Van Halen’s personal guitars. His brother, drummer Vinnie Paul, always rejected any notion of a Pantera reunion, while singer Philip Anselmo remained open to the idea of touring in honor of Dimebag. Sadly, Vinnie Paul died himself in 2018.

Regarding Van Halen’s future, it could also be assumed that Wolfgang was upset by the timing of the rumor, as it comes less than three weeks after Eddie’s passing. The legendary guitarist died on October 6th following his long battle with cancer. There have been numerous tributes from fellow musicians in the days and weeks since.

This is just a shitty lie attempting to capitalize on these awful times. Please stop with this.

Anyone peddling this shit is not only hurting the fans, but hurting me and my family. https://t.co/YqJKBaqpjy