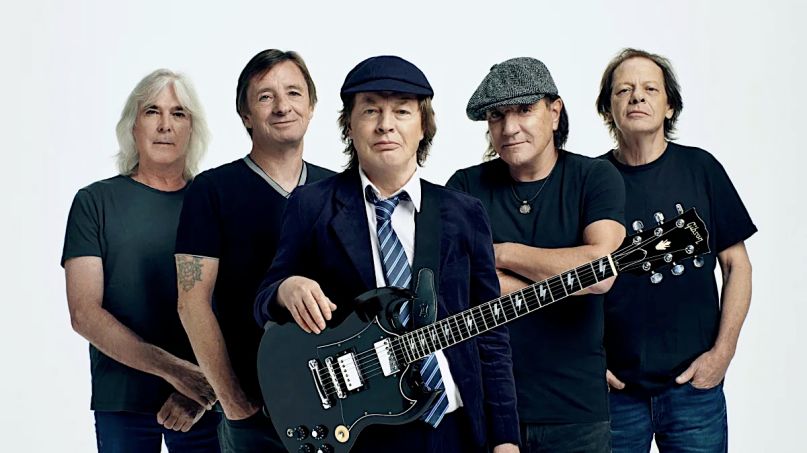 AC/DC are just days away from unleashing their highly anticipated comeback album, Power Up. In advance of the album’s release on Friday (November 13th), the band has unveiled the new single “Realize”.

“Realize” is the leadoff track and second single from Power Up, following first single “Shot in the Dark”. Like the preceding single, “Realize” has a vintage AC/DC vibe, but is a bit heavier than “Shot in the Dark”. Brian Johnson delivers his full wail, as he sings over some heavy riffage from lead guitarist Angus Young.

As previously reported, Power Up marks the return of three classic members to AC/DC. Johnson had left the band’s “Rock or Bust Tour” in 2016 due to hearing issues and was replaced with Axl Rose. Drummer Phil Rudd had been caught up in serious legal issues in New Zealand, which forced him out of the band. And bassist Cliff Williams retired from the group following the “Rock or Bust Tour”. Now, all three are back, joining Angus Young and rhythm guitarist Stevie Young, who had replaced the late Malcolm Young.

While Malcolm passed away in 2017, his musical stamp is felt all over Power Up. As Angus has revealed, the new LP incorporates unused riffs that were mostly written around the time of the Black Ice sessions. In fact, the music on every song on Power Up is credited to both Angus and Malcolm.

Power Up, produced by Brendan O’Brien, is available for pre-order in various formats here, while a deluxe light-up box version can be purchased here.

In between releasing “Shot in the Dark” and “Realize”, AC/DC also offered up a 45-second teaser of another album track, “Demon Fire”. You can hear that clip following the full stream of “Realize” below.