AC/DC Crank the Voltage to High on Power Up: Review

A jolt of joy in an otherwise oppressive year 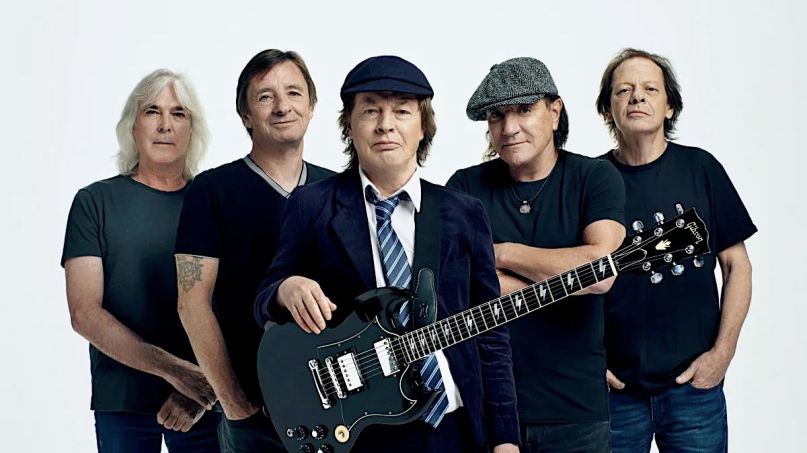 The Lowdown: This year AC/DC celebrated the 40th anniversary of Back in Black. Little did we know that the hard rock legends were poised to unleash another classic record in the bleak year of 2020. The band’s 17th studio album, Power Up, arrives like an antidote to the malaise and a triumphant statement that rock ‘n roll knows no time and no age. AC/DC have a new set of anthems for a vastly different world.

The album sees the return of classic members Brian Johnson, Phil Rudd, and Cliff Williams — all of whom had been out of the band by the time AC/DC’s last tour wrapped up in 2016 — alongside ever-present guitarist Angus Young. Guitarist Stevie Young rounds out the lineup, replacing the late great Malcolm Young, who shares a songwriting credit on every track on Power Up. As Angus tells it, Power Up is a tribute to his brother Malcolm, just like Back in Black was a tribute to Bon Scott.

The Good: Power Up is the best AC/DC album since 1990’s The Razors Edge. It comes down to memorable songs, and this album has them in spades, starting with the lead single “Shot in the Dark”. It would have fit snuggly on Back in Black with its combination of hooks and riffage. The rest of Power Up has a similar level of quality control, making it one of the most consistent AC/DC records of their latter era.

Angus Young dug into the unused riffs he composed with Malcolm and pulled out gold. Tracks like “Systems Down” and “Code Red” are the riff fests that fans have come to adore — and riffs that only Angus and Malcolm could conceive. The delightful vocal gravel of Johnson is also in full effect, guiding hook-filled tracks like “Kick You When You’re Down” and “Witch’s Spell”. The singer never veers far from his signature howl, but his ability to hold down a melody can’t be discounted, shining on Power Up‘s biggest choruses. Excellent use of backing vocals is also prevalent on many tracks, an AC/DC staple, and Rudd’s minimal (and underrated) drum bashes keep the proper pace.

The Bad: AC/DC have never really turned in a bad album, but in wholeheartedly sticking to blues-based hard rock, they’ve made a few forgettable ones. Power Up is not among them, but the tracklist is front loaded with the strongest songs, not unusual with an AC/DC album. “Wild Reputation” and “No Man’s Land” — the only perceivable filler — don’t match the quality of the tracks before or after. But it’s only a temporary lull, as Power Up ends on a trio of great, riff-centric songs such as the aforementioned “Systems Down”.

The Verdict: When it comes to hard rock, nobody does it better. AC/DC have once again proven that they’re masters of their craft. Not that they needed to, it’s just inherent in the band to produce epic riffs and huge anthemic hooks, which Power Up has in abundance. Simply put, AC/DC went in and kicked out the proverbial jams, crafting their best album in years and igniting a spark of joy into the stark timeline that is 2020.

Essential Tracks: “Shot in the Dark”, “Kick You When You’re Down”, “Systems Down”

Pick up AC/DC’s Power Up here, and listen to the full album below via Apple Music or Spotify.