The Smashing Pumpkins’ CYR Treads Water in a Sea of Excess: Review 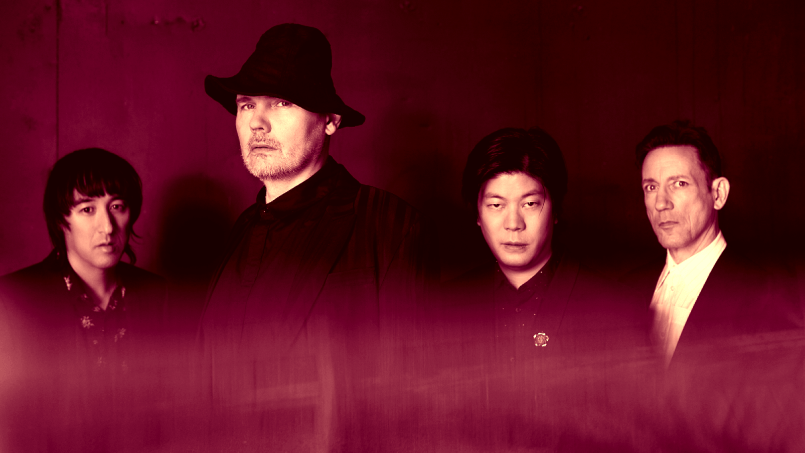 The Lowdown: Twenty-five years ago this fall, The Smashing Pumpkins released the most essential double album of the 1990s. Mellon Collie and the Infinite Sadness used every second of its 120-plus minutes to redefine the artistic possibilities of Billy Corgan and his band, moving away from the grunge comparisons that always chafed the mercurial frontman and towards something more expansive, stately, and baroque. That was 1995. One break-up, seven albums, and a Diamond certification later, The Smashing Pumpkins are once again presenting a double album for consideration. In a recent interview with the Los Angeles Times, Corgan described the new record (named for early Christian child-martyr St. Cyricus) as a reflection of the “spiritual dystopia” that haunts 2020. Sonically, that translates to an expanded version of the synth dalliances that cropped up on 2012’s Oceania and 2014’s Monuments to an Elegy, as well as a a dip into the waters inhabited by bands like Siouxsie and the Banshees, Sisters of Mercy, and Joy Division. Of the record’s 20 songs, five also form the soundtrack of a five-part animated series titled “In Ashes” written by Corgan and produced by Portland animation studio Deep Sky.

The Good: The biggest surprise about CYR is that it didn’t happen sooner; after all, the brooding, clubby drama of dark wave is a natural and obvious fit for Corgan’s voice and lyrical concerns. For proof, look no further than opener and early single “The Colour of Love”. Sparked to life by driving drums and ascendant analog synths, the song glitters and pulses like a rave thrown in an abandoned cathedral. It’s easily the hookiest song we’ve gotten from Corgan in at least a decade and a tone-setter in terms of what works on the rest of the album. Save for moments like the proggy ren faire love song “Ramona” and relatively direct bittersweetness of “Birch Grove”, CYR succeeds when the energy and tempo remain high. “Cyr” thumps with arch gothic weirdness, “Anno Satana” summons up demons real and imagined with little more than a shout-along pre-chorus and James Iha’s guitar, and throwback rocker “Wyttch” turns in a contender for best Halloween song of the 21st century (despite Corgan’s confident mispronunciation of “Samhain” throughout).

The Bad: Writing for Pitchfork in 2000, critic Brent DiCrescenzo opened his review of MACHINA/The Machines of God with this bit of advice: “Billy Corgan needs someone on his shoulder to whisper ‘no.'” It will come as little surprise to long-time Pumpkins fans to hear that, 20 years later, this advice remains unheeded. Across a 72-minute runtime that often feels even longer than it is, Corgan’s desperate need of an editor robs CYR of its strong start. For every propulsive single like “The Colour of Love” or “Cyr”, there are at least two sluggish same-y mid-tempo ballads (“Dulcet in E”, “Wrath”, “Save Your Tears”) ready to halt momentum and spotlight Corgan’s worst impulses as a writer.

While CYR’s exploration of gothic arrangements and atmospherics is welcome, Corgan’s accompanying lyrics often read like someone fed an AI a stack of AD&D handbooks and the complete works of a sophomore poetry workshop. There’s a world where writing songs about paladins, name-checking characters in the Odyssey, and using words like “shalln’t” and “‘twixt” makes for compelling rock lyricism. Unfortunately, it’s not the one Corgan currently inhabits. Instead, listeners are left with a fantasy word salad where phrases like “mystic climes” and “seraphic bite” substitute for actual depth or meaning. If there’d been someone to turn “Adrennalynne” and “Tyger, Tyger” into instrumentals, add those to the six best songs from the album’s front half, and cut the backing vocals any time they sound like they’ve been pasted in from a different record (which is distressingly often), we’d be left with a surprisingly compelling Smashing Pumpkins record. Instead, we’ve got the one we got.

Essential Tracks: “The Colour of Love”, “Cyr”, and “Wyttch”

Pick up a copy of CYR here…