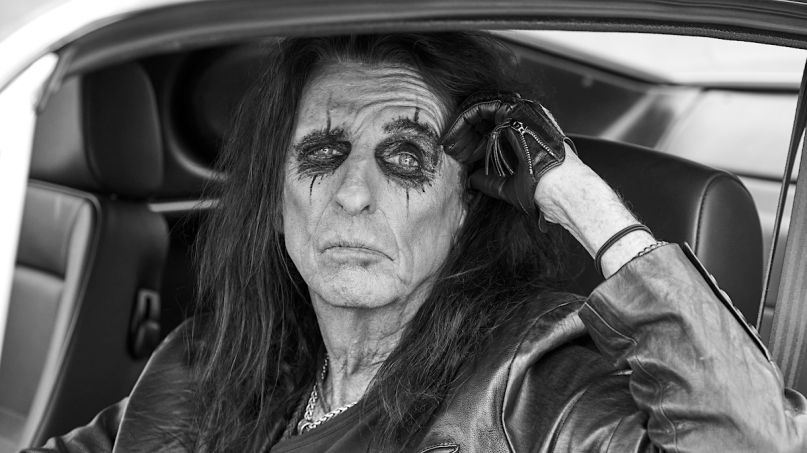 Alice Cooper has announced that he will release a new album, titled Detroit Stories, early next year. The legendary shock rocker’s latest LP will arrive on February 26th, with the first single, a cover of The Velvet Underground’s “Rock ‘n’ Roll”, set to be unveiled this Friday (November 13th).

As the title implies, the new album pays tribute to Cooper’s hometown of Detroit. The singer points to the beginning of his career in the late ’60s and early ’70s as inspiration for the new LP. “Detroit was Heavy Rock central then,” explained Cooper in a press release. “You’d play the Eastown and it would be Alice Cooper, Ted Nugent, the Stooges and the Who, for $4! The next weekend at the Grande it was MC5, Brownsville Station and Fleetwood Mac, or Savoy Brown or the Small Faces. You couldn’t be a soft-rock band or you’d get your ass kicked.”

The singer continued, “After not fitting in anywhere in the U.S. (musically or image wise), Detroit was the only place that recognized the Alice Cooper guitar driven, hard rock sound and our crazy stage show. Detroit was a haven for the outcasts. And when they found out I was born in East Detroit… we were home.”

For Detroit Stories, the veteran rocker once again teamed up with legendary producer Bob Ezrin, who helmed several of Cooper’s early albums. The pair also recruited a number of notable Detroit-area musicians to record the LP.

“We recorded with Wayne Kramer (guitarist and writer from the MC5), Johnny “Bee” Badanjek (drums – from the legendary Detroit Wheels), Paul Randolph (legendary Detroit jazz and R&B bassist) as well as the Motor City Horns and other local musicians,” stated Ezrin. “We had musical ideas and encouragement from John Varvatos, the support of the folks at Shinola, and we recorded at Rustbelt Studios in Royal Oak. This was Made In Detroit for Detroit by Detroit denizens!”

The new album is available for pre-order in various formats, including CD; CD+DVD digipak; CD box set (including CD, Blu-ray, T-shirt, face mask, torch light and 3 stickers); and 2-LP vinyl gatefold. The DVD and Blu-Ray will feature the concert film “A Paranormal Evening at The Olympia Paris”.

Pre-order Detroit Stories via Alice Cooper’s merch store or Amazon. Check back Friday for the first single, his cover of the Velvet Underground’s “Rock ‘n’ Roll”.