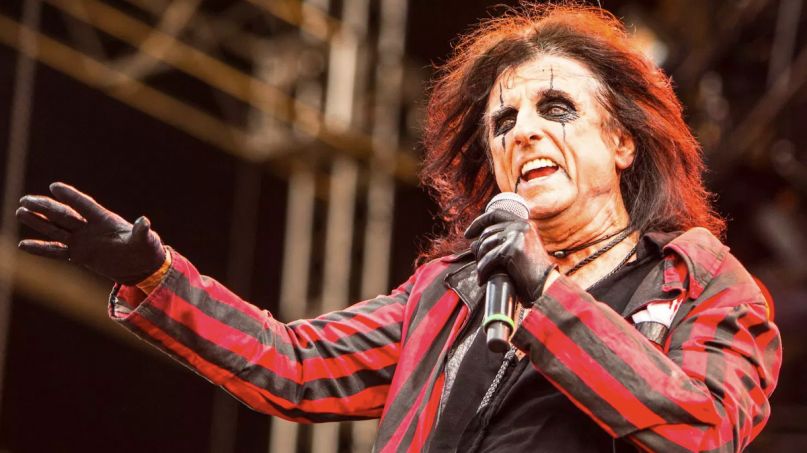 “Rock & Roll” was “not a casual” cover choice according to a press release from Cooper, with the song epitomizing the “joy and celebration of that magical moment when we all first turned on Rock and Roll radio…and it saved our lives.”

The track hails from The Velvet Underground’s iconic 1970 album Loaded, which shares a bit of Detroit history itself. As the story goes, VU leader Lou Reed decided to enlist producer Bob Ezrin to produce his 1973 solo album, Berlin, after hearing a heavy version of “Rock & Roll” by a band called Detroit. That cover was recorded by Ezrin, who was also working with Alice Cooper Group in Detroit at the time.

Fifty years later, Cooper has once again paired with Ezrin for Detroit Stories, which looks to delve into the city’s rich rock ‘n roll history — of which Cooper plays no small part.

“After not fitting in anywhere in the US (musically or image wise) Detroit was the only place that recognized the Alice Cooper guitar driven, hard rock sound and our crazy stage show,” Cooper said upon the album’s announcement. “Detroit was a haven for the outcasts. And when they found out I was born in East Detroit… we were home.”

Stream the cover of “Rock & Roll” below and pre-order Detroit Stories via Alice Cooper’s merch store or Amazon.