The band's Walk the Sky 2.0 EP arrives on November 6th 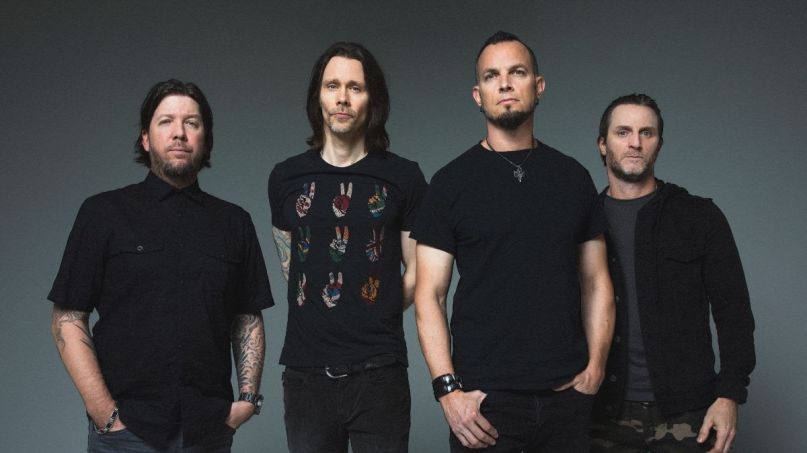 Alter Bridge have unleashed a new song called “Last Rites”, which serves as the latest preview of their upcoming Walk the Sky 2.0 EP.

The lyric video features a smoky, dimly lit aesthetic with a crystal ball making a prediction based on the song’s foreboding lyrics: “I’ve seen the future/ Yeah the writing’s on the wall/ And it don’t look that good to me,” Myles Kennedy sings in the opening verse

The idea for “Last Rites” began during the recording sessions for Alter Bridge’s 2019 album Walk the Sky, but the band finished writing and recording the song during the pandemic.

“We just felt like it wasn’t going to be something that fit the overall vibe of Walk the Sky, as far as what we were trying to attempt to do with that record,” Kennedy told Heavy Consequence of the song. “So, when all of this happened, we thought it’d be cool to revisit that song. I went ahead and cut the vocals here in my studio, 3,000 miles away from those guys, through the power of technology. It’s just amazing what you can do.”

He added, “I was able to sit there, with Elvis [Baskette], our producer, and I cut the vocal, and then I sent the WAV files to him, and he put it in the context of the arrangement and was able to mix it. It’s just embracing technology in these crazy times, and it’s something you couldn’t even fathom doing 20 years ago. Now, you can do it in an afternoon.”

Stay tuned for our full interview with Myles Kennedy. In the meantime, watch the lyric video for “Last Rites” below, and pre-order the Walk the Sky 2.0 EP in advance of its release this Friday (November 6th). In addition to the new studio track, the EP also contains six live performances that were recorded during the band’s U.S. tour prior to the pandemic.