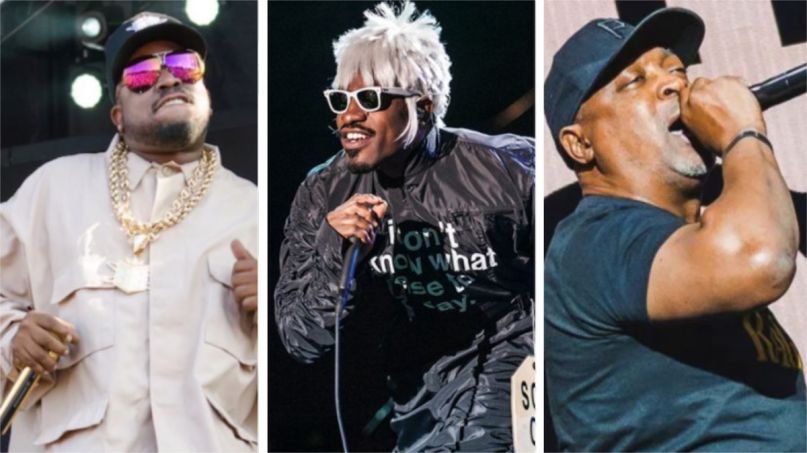 This is Goodie Mob’s sixth studio album to date. The 16-track record opens with Chuck D’s bombastic number, “Are You Ready”, before giving Goodie Mob room to strut their stuff alone. Shortly afterwards, they’re joined by the Outkast rappers separately on songs “No Cigar” and “Prey 4 Da Sheep”.

Survival Kit  follows Cee Lo Green and the rest of Goodie Mob — Big Gipp, T-Mo, and Khujo — as they gather some of their closest friends to address police brutality and the Black Lives Matter movement currently ongoing in the US. “Right now, just seeing all of our people on TV marching and protesting and being shot at, bottles and stuff being chucked at the police, people burning down buildings and looting because we’re tired of all of the injustices,” said T-Mo in a statement.

There’s more music coming from the Dungeon Family pretty soon, too. Big Boi and Sleepy Brown (Organized Noize) are working on a new joint album called The Big Sleepover that’s allegedly coming this year. So far they’ve teased it with three singles: “Intentions”, “Can’t Sleep”, and “We the Ones (Remix)” featuring Killer Mike.