Their first full-length in 16 years 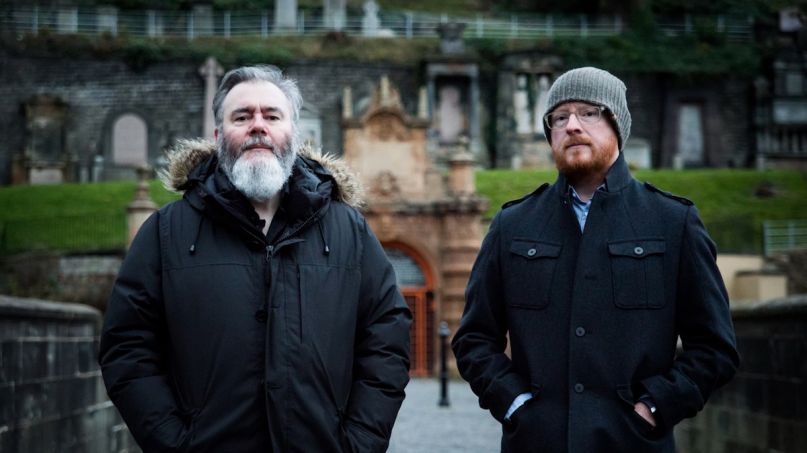 Mere months after dropping a new song out of nowhere, Arab Strap have returned with even bigger news. The Scottish indie rockers have just announced their first new album in 16 years. It’s called As Days Get Dark and it’s due out March 5th via Rock Action.

As Days Get Dark follows Arab Strap’s great 2005 album The Last Romance, shortly after which they called it quits. This new full-length spans 11 tracks in total, including “The Turning of Our Bones”, which they dropped in September. The song was put out as a standalone number, but now we know it’s actually the album opener on As Days Get Dark, according to the tracklist.

The joyful outfit, comprised of Aidan Moffat and Malcolm Middleton, released a statement to accompany the news, saying As Days Get Dark should feel like both a career evolution and a musical revolution. “We’ve had enough distance from our earlier work to reappraise and dissect the good and bad elements of what we did,” said Middleton. “Not many bands get to do this, so it’s great to split up.”

Best of all, Arab Strap are giving listeners a fresh taste of the album with “Compersion Pt. 1”. It’s a song that, according to Moffat, “depicts a quest to find the ever-elusive unicorn; to bond fluidly — and safely! — with the like-minded and adventurous, in the comforting arms of an anonymous hotel… and the stark realization that you never really wanted it.” Stream it below.

Pre-orders for As Days Get Dark are currently ongoing. Check out the album artwork and tracklist after the jump.

As Days Get Dark Artwork: