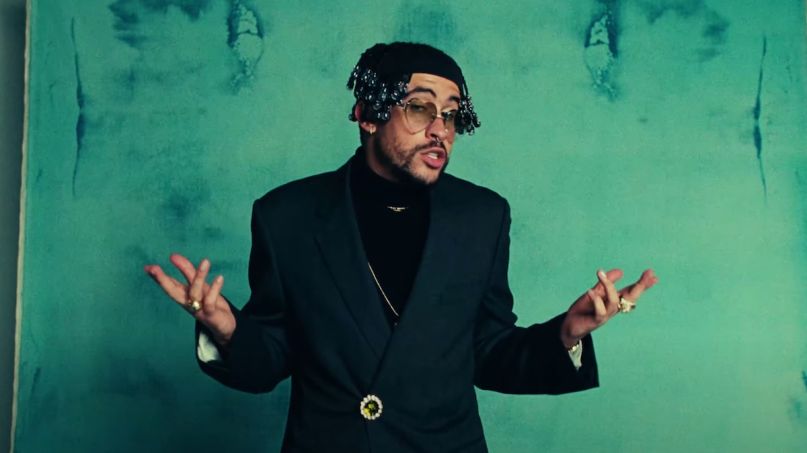 Latin trap and reggaeton king Bad Bunny has returned with El Último Tour del Mundo, his third album of 2020. Stream it below via Apple Music or Spotify.

El Último Tour del Mundo follows YHLQMDLG, which came out in February, and Las Que No Iban a Salir, which dropped in May. It spans 16 tracks in total, including collaborations with Rosalía, Jhay Cortez, and ABRA, and takes a rock-forward approach that suits the reggaeton star rather well.

It appears Bad Bunny is giving “O VISTO ASÍ” the single treatment, too. The album cut is accompanied by a flashy music video filled with graffiti-filled skateparks and celebrity photoshoots. You know you’ve made it when you can casually call up people like Ricky Martin, Sofia Vergara, and Karol G to star in your song’s visuals. Check it out below.

This record arrives on the cusp of other big news. Earlier this week, Bad Bunny was nominated for Best Latin Pop or Urban Album for YHLQMDLG and Best Pop Duo/Group Performance for “Un Día (One Day)” at the upcoming 2021 Grammy Awards. Lest anyone forget, he won Best Reggaeton Performance at last year’s award show.

To celebrate the release of his new record, Bad Bunny stopped by The Tonight Show Starring Jimmy Fallon yesterday. He talked with the host about the meaning of the cover artwork, played a theatrical Auto-Tune improv game, and performed “YO VISTO ASÍ” live with welcome panache. Watch a replay after the jump.