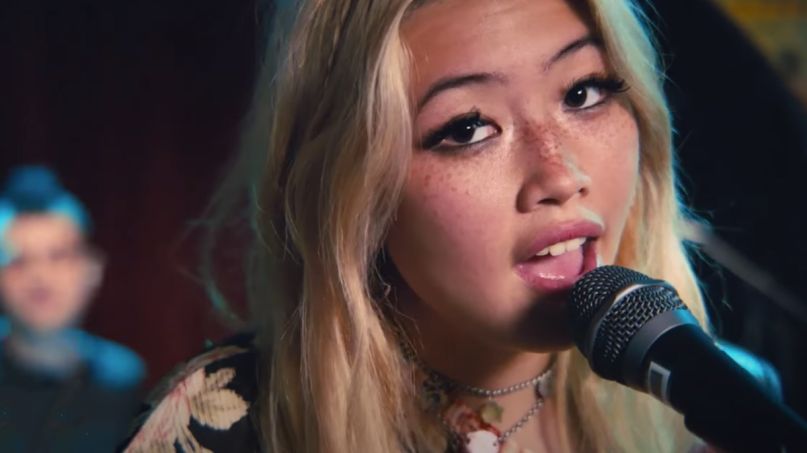 beabadoobee appeared on Jimmy Kimmel Wednesday night to support her debut album, Fake It Flower, with a performance of the single “Care”.

It’s always been clear that our October Artist of the Month is a student of ’90s alternative, with her debut album’s angelic angst taking a stand atop endlessly crunchy riffs. Her performances are equally informed by the era, as her Kimmel spot made clear. The hand-held camera jerking around beabadoobee and her band, making hectic cuts at every drop on the chorus, made the whole thing look like a higher-quality video from peak MTV.

Of course, it’s beabadoobee herself who stole the show, not the camera work. Standing behind a mic loaded with so many flowers you couldn’t see her guitar, her infectious energy emphasized why she’s become one of the most engaging new artists of the year. Watch the replay below.

You can also revisit beabadoobee’s stunning Fake It Flowers release livestream, during which she played the full LP.