New Device Can Beam Music Into Your Head Without Headphones 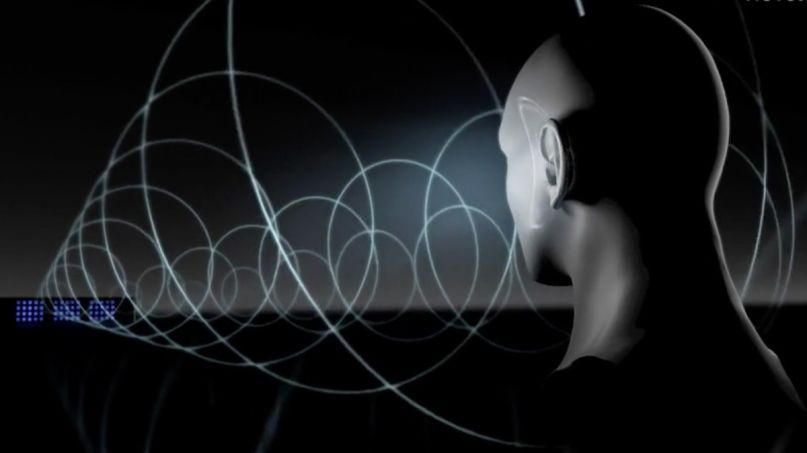 Apple revolutionized the game with noise cancellation AirPods, but one Israeli company is coming for their throne. According to the Associated Press, Noveto Systems has invented a new product that can beam music directly into your head — no earbuds or brain implants necessary.

The device is aptly called SoundBeamer 1.0. It reportedly works by creating a personal sound bubble for the user with 3D audio of their choosing — be it from an album, movie, or video game — while filtering in the natural sounds already occurring around them. The benefit of using the SoundBeamer 1.0 is that you get the surround-sound experiencing of proper audio without any of the pain of headphones or being out of touch with your surroundings.

To make “sound beaming” work, the technology uses a 3D sensing module to locate and track the ear position, and then sends audio via ultrasonic waves that build “sound pockets” by the ears. Users can hear the audio in stereo or a spatial 3D mode with a 360-degree effect. Watch a video demonstrating the tech below.

“You don’t believe it because it sounds like a speaker, but no one else can hear it,” SoundBeamer Product Manager Ayana Wallwater told AP. “It’s supporting you and you’re in the middle of everything. It’s happening around you.”

“You don’t need to tell the device where you are. It’s not streaming to one exact place. It follows you wherever you go,” she continued. “This is what we dream of: A world where we get the sound you want. You don’t need to disturb others and others don’t get disturbed by your sound. But you can still interact with them.”

Noveto hopes to have the Soundbeamer 1.0 ready for consumer release by December 2021.

Of course, we’d be remiss not to mention Elon Musk’s own efforts to eliminate the need for headphones. His latest start-up, Neuralink, is developing a computer brain chip with the ability to communicate with external devices. In theory, you’d be able to listen to a song simply by thinking of its title.