Big Boi, Sleepy Brown, and Killer Mike Perform “We the Ones (Remix)” on Fallon: Watch 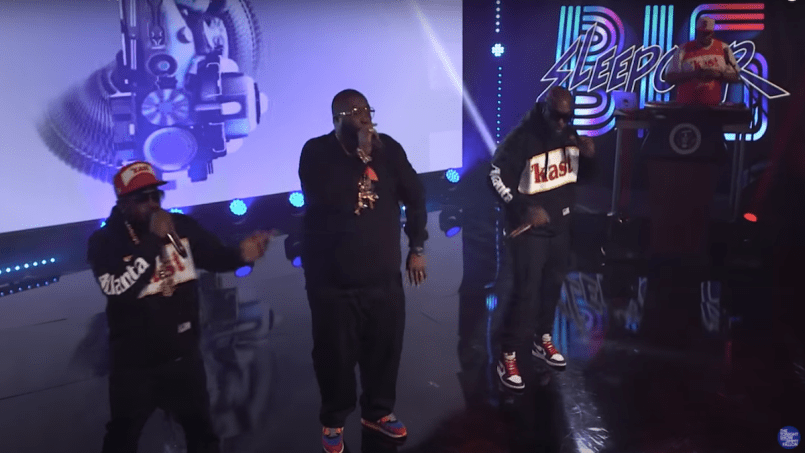 It was Atlanta night in New York City on Monday as Big Boi and Sleepy Brown brought their new remix of “We the Ones” to The Tonight Show. They were joined by fellow Dungeon Family alums Killer Mike and Big Rube.

In its original form, “We the Ones” appeared on the self-titled 2017 EP from production trio Organized Noize, of which Brown is a member. Bigs Boi and Rube were already present, but it took last month’s remix to add Killer Mike of Run the Jewels. The track has always been a protest song, but since it came out Killer Mike has become one of the most notable voices of the resistance. His verse added a new perspective centered around aspiration and faith.

After an introduction from Jimmy Fallon, the song opened with Big Rube at a podium labelled with the official “Seal of the Street Politician of the United States”. Following his gravelly spoken-word statement, Big Boi and Sleepy Brown took the stage wearing gear with the word ‘Kast across the front, acknowledging that at least half of OutKast is still making music. Brown sang in a smoky falsetto, and Big Boi and Mike delivered verses from the sweet spot of practiced-but-fresh. Check out “We the Ones (Remix)” below.

The song appears on Big Boi and Sleepy Brown’s upcoming collaborative album The Big Sleepover. They’ve previously shared the songs “Intentions” and “Can’t Sleep”. Additionally, Brown is one of the producers on Goodie Mobb’s recently-announced Survival Kit, and both Big Boi and Big Rube will contribute.