"A friend of mine didn’t know what the song was about but his 10-year-old girl was singing it! I was like 'What?!'" 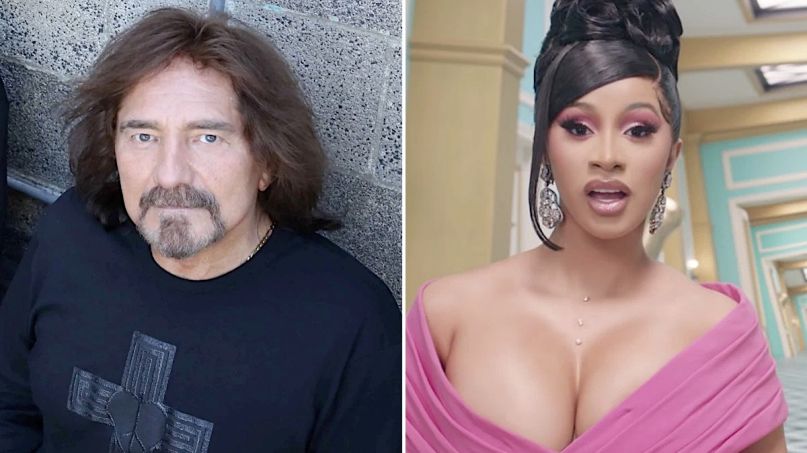 When Black Sabbath first emerged, they were branded as “the devil’s music” by conservative Christians. Now, the band’s founding bassist and chief lyricist, Geezer Butler, has branded the popular Cardi B hit “WAP” (featuring Megan Thee Stallion) as “disgusting,” while also admitting he’s an “old goat.”

As the first true heavy metal band, Sabbath experienced their fair share of backlash, having been dubbed “Satanists” by many who didn’t delve into the actual words of the songs. While speaking to Kerrang! about the perception of new artists, Butler brought up his own gripes with the salacious “WAP”.

“Whatever new music comes out, it’s viewed as the devil’s music,” explained Geezer. “I remember when Elvis came out everybody said he was Satan. And then in the ’60s and ’70s he became America’s national treasure. It happens with every new wave of music. Like metal, obviously. The Christians were going mental when Sabbath came about. And then when rap came about, people were up in arms about that and certain words that rappers were using. I have to say, though, that Cardi B pisses me off with that ‘WAP’ song. It’s disgusting! But there you go.”

For those not in the know, “WAP” stands for “wet-ass p*ssy”, and contains lines like, “Put this p*ssy right in your face/ Swipe your nose like a credit card/ Hop on top, I wanna ride/ I do a kegel while it’s inside.”

Butler continued, “A friend of mine didn’t know what the song was about but his 10-year-old girl was singing it! I was like ‘What?!’ To put it on album, fair enough. But to put it out as a single? That’s a bit much. Then again, I’m 71. A bloody old goat!”

While “WAP” has certainly received its share of backlash, there is also the school of thought that the song is one of empowerment, in which Cardi B and Megan Thee Stallion are expressing full control of their sexuality.

As for Black Sabbath, the metal icons played their final show in February 2017, but last year various members of the band, including Butler, expressed interest in playing one more show or even touring again. However, this year, there seems to be a change of tune. Despite guitarist Tony Iommi still holding out hope that the band can play a few more shows, singer Ozzy Osbourne said recently he doesn’t “have the slightest interest” in reuniting with Sabbath anymore.

Butler seems to be on the same page as Osbourne, telling Eonmusic in a new interview, “There will definitely be no more Sabbath. It’s done.”

Instead, the bassist is promoting the first-ever vinyl releases of his three solo albums — Plastic Planet (1995), Black Science (1997), and Ohmwork (2005) — which were originally issued under the monikers g/z/r, Geezer, and GZR, respectively.

Butler is also working on his autobiography, telling Kerrang! of the book, “I’m quite a private person as you know, so it’s quite a challenge really. But it has been fun looking back and thinking back to the early days.”