Like Everyone Else, Brian May Was “Shocked” Trump Received Over 70 Million Votes

"We [in the UK] were shocked that almost half of America could look at what Donald Trump has done over the last four years, and like it, and actually want more of it" 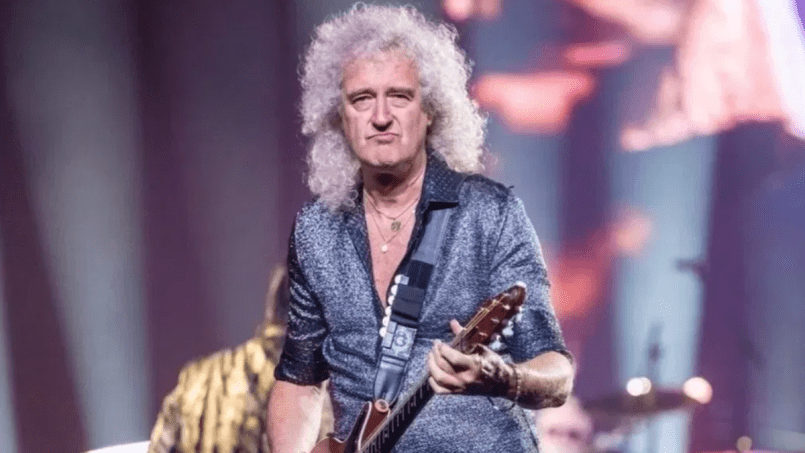 With 306 electoral votes, Joe Biden is set to become the 46th President of the United States. However, a dark cloud still hangs over the election, due to how surprisingly well Donald Trump fared.

After four years of chaos and corruption in the White House, many predicted the Orange Man would lose in a total landslide. Yet in a truly revolting turn of events, Trump not only managed to carry a majority of the same red states he’d won back in 2016, but he pulled in a whopping 73 million votes.

Indeed, of the 151 million people who voted this year, 73 million backed Trump in the popular vote. 73 million Americans said it was OK that: 200,000 died from coronavirus, children could be separated from their families and caged like animals, Black people and the LGBTQ+ community are second class citizens, and that white supremacy can go unchecked. The number is unfathomable.

We’re not the only ones who are dumbfounded with the results, though, as many all over the world watched Election Night unfold in disbelief. Just ask Brian May, who on Monday posted a video expressing his “shock” at Trump’s popularity. In the nearly seven-minute clip titled “On the Need for Truth”, the UK native and Queen guitarist tried to comprehend just how Trump was able to capture as many votes as he did.

“To us over here [in the United Kingdom], almost to a man, we were shocked that almost half of America could look at what Donald Trump has done over the last four years, and like it, and actually want more of it. I mean, to us, it’s almost impossible to understand that,” he said.

“It seemed, from the way it was painted and the media that we tune in to, that the man constantly lied and bullied and cheated and made a complete disgrace of himself,” May continued. “But still, 70 million people went, ‘Okay, he’s a good man.'”

Believing there are “good people on both sides,” May theorized that Trump’s continued support had less to do with ideology, and more to do with how certain elements of the media package content. “The conclusion that I’ve come to is that we must be given different sets of facts according to where we reside and what information we tune in to,” said the classic rock titan. “Now, this has been already suggested in this very interesting film called ‘Social Dilemma’. The theory is that once we express an opinion, we are fed the information that we want to hear and so we get more and more polarized.”

As part of his “need for the truth,” May offered a solution to this social dilemma: “So you set up these people, a board of I don’t how many people — 20 people — and they go on a mission. And the mission is to find out the truth, to evaluate all these claims that are made both for and against Mr. Trump and Mr. Biden and find out what the truth actually is,” suggested the Queen rocker. “I wonder if that would make a difference. I wonder if it would start to heal the gulf, the dreadful split which is paralyzing America.”

Media could very well be the biggest loser of the 2020 election, and could benefit from a more organized and robust fact-checking committee or agency. But it’s also perhaps possible that racism played a much bigger role than Americans — and overseas mates like May — are ready to admit. Either way, May’s thoughts are worth considering, and you can do so via the video below. (Shout-out to Blabbermouth for the transcription.)