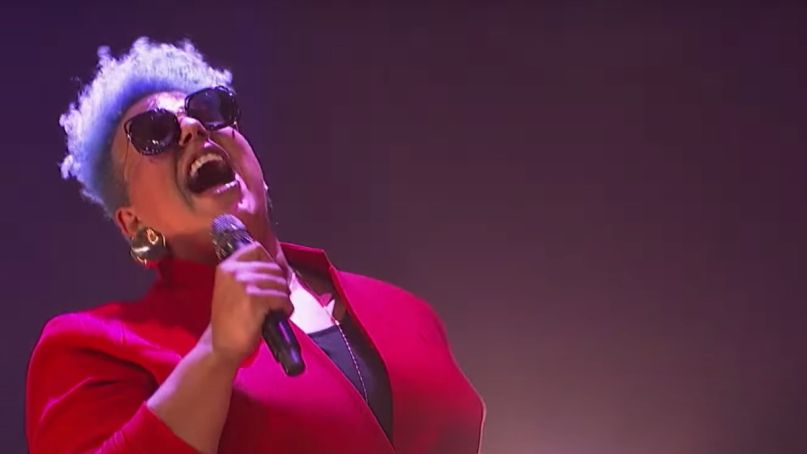 Brittany Howard received five Grammy Award nominations across four genre categories (Rock, Alternative Music, R&B, and American Roots) on Tuesday. Hours later, she appeared on Colbert, but instead of performing any of her recognized work, she chose to dig into yet another genre and perform someone else’s song. Howard delivered an impassioned blues rock rendition of Nina Simone’s “Revolution”.

Matching her band’s red attire, Howard strutted about the stage like she was playing for a real live audience. It’s got to be hard to muster that sort of energy these days, but the Alabama Shakes singer barely looked like she had to dig very deep at all as she busted out the powerful performance. Of course, she’s been covering the song (itself a response to The Beatles’ “Revolution”) live for awhile now, but it certainly feels injected with renewed weight in November 2020.

Watch the Howard’s performance of “Revolution” below.