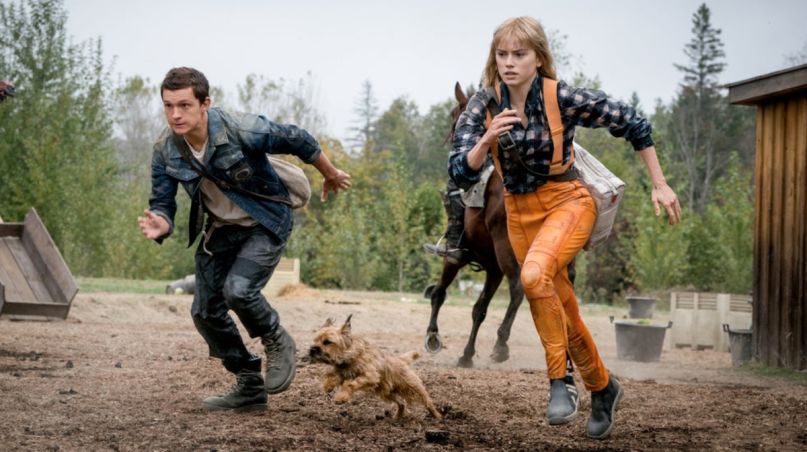 After years of delay, the first trailer for the young adult sci-fi film Chaos Walking has finally arrived.

Based on Patrick Ness’ 2008 novel The Knife of Never Letting Go, the film centers on a world where a germ has killed off all the women. A side effect of the plague leaves the remaining men afflicted with “the Noise,” a power that unwillingly projects human’s and animal’s thoughts aloud. However, everything young Todd Hewitt (Tom Holland) understands about his world is thrown into question when the first girl he’s ever met, Viola (Daisy Ridley), crash lands on his planet.

Director Doug Liman actually wrapped principal production on the adaptation back in 2017. Poor test screenings the following year led Lionsgate to order reshoots, inflating the movie’s budget to $100 million. However, there was a snag: The film’s two stars, Ridley and Holland, were locked into shooting schedules for two other big-budget franchises, Star Wars and the Marvel Cinematic Universe, respectively. That pushed the reshoots until after the originally targeted March 1st, 2019 premiere date, which is why it’s taken so long for this first look to arrive.

Chaos Walking is now hoping to open on January 22nd, 2021 — but as was recently made evident by Warner Bros.’s decision to put Wonder Woman 1984 on HBO Max the same day as its theatrical release, that may be something of a pipe dream in the pandemic era.

Either way, at least we now have an idea of what to expect thanks to the trailer, which you can watch below.

“In the not too distant future, Todd Hewitt (Tom Holland) discovers Viola (Daisy Ridley), a mysterious girl who crash lands on his planet, where all the women have disappeared and the men are afflicted by ‘the Noise’ – a force that puts all their thoughts on display. In this dangerous landscape, Viola’s life is threatened – and as Todd vows to protect her, he will have to discover his own inner power and unlock the planet’s dark secrets.”