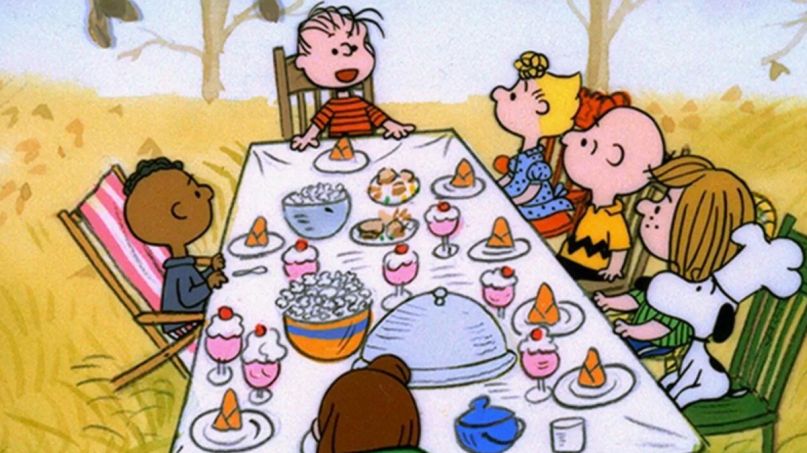 The exciting news follows last month’s announcement that Apple TV+ would become the official home of all things Peanuts. The new deal meant that Peanuts content — including all the beloved holiday specials — would no longer air on TV and move exclusively to Apple TV’s subscription service. For the first time in decades, Halloween episode The Great Pumpkin was absent from October TV screens.

However, thanks to fervent fan backlash and a widely circulated petition, Apple TV+ has decided to partner up with PBS to briefly bring the Peanuts gang back to small screens everywhere. Good grief no more, Charlie Brown.

Gather your popcorn, toast and jelly beans and watch #ACharlieBrownThanksgiving for FREE on @PBS and @PBSKIDS November 22, 7:30/6:30c! Check your local listings at https://t.co/hpE7KZ9vq2 or watch anytime on the @AppleTV app with an Apple TV+ subscription https://t.co/FqVW2OAoY8 pic.twitter.com/liLVijGeJD

That’s a lot of dates and times to remember, so we suggest marking it down on a calendar before stocking up on the Thanksgiving popcorn and jelly beans. Revisit promos for both holiday specials down below.

Apple announced Wednesday it had teamed up with @PBS for ad-free broadcasts of “A Charlie Brown Thanksgiving” (on Nov. 22) and “A Charlie Brown Christmas” (on Dec. 13). (via @NewsHourArts) https://t.co/fkgmv7ByXf