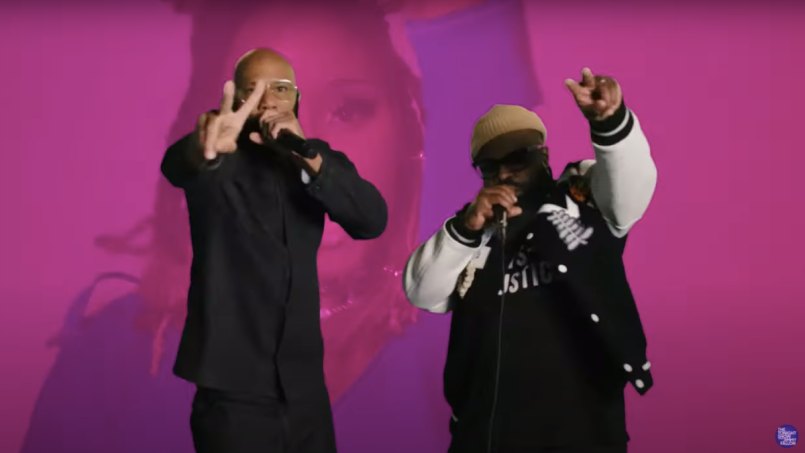 Common linked up with Black Thought and PJ for a new performance of “Say Peace” on Wednesday’s episode of The Tonight Show. The song is off Common’s jazzy new album A Beautiful Revolution Pt 1, which came out last Friday, October 30th.

Like so many pandemic performances, “Say Peace” was a combination late-night concert, livestream, and music video. Common and Black Thought rapped in a sound stage together, while a projection of PJ floated behind. The song also included imagery of peaceful protests and young people holding up a single fist representing Black power. Watch it below.

Over the summer, Common and John Legend paid tribute to late congressman John Lewis with a DNC rendition of the Oscar-winner “Glory”. Last month, Black Thought released his own excellent solo album Streams of Thought Vol. 3: Cane and Able.