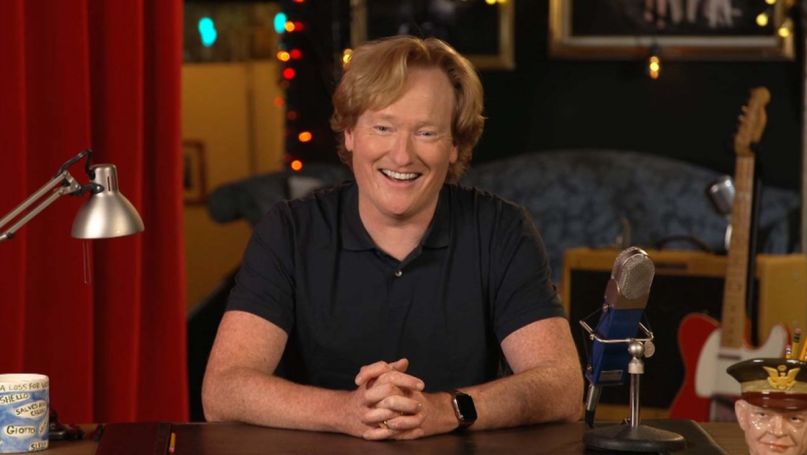 After 28 years, Conan O’Brien is getting out of the late-night game. The comedian has announced that his nightly TBS program Conan will end as he transitions to a weekly variety show on streamer HBO Max.

Conan has aired on TBS since 2010, following O’Brien’s brief and bitterly ended stint as the host of The Tonight Show. Just last year, the nightly talk show was re-tooled for a half-hour format. In 2017, TBS renewed Conan through 2022, but that deal will now conclude a year early as O’Brien moves to another WarnerMedia-owned distribution outlet.

“In 1993 Johnny Carson gave me the best advice of my career: ‘As soon as possible, get to a streaming platform,” O’Brien joked in a statement. “I’m thrilled that I get to continue doing whatever the hell it is I do on HBO Max, and I look forward to a free subscription.”

Exactly what the HBO Max series’ “variety format” will entail isn’t clear at the moment, but the move to a streaming service follows the trend of O’Brien’s career over the last few years. When Conan was reduced to half-hour episodes, O’Brien began spending more time on digital content, including his Conan O’Brien Needs a Friend podcast.

As Conan executive producer Jeff Ross hinted at in a Deadline interview earlier this year, a bigger change has long been in the cards. Ross called late-night talk shows “kind of dinosaurs in the business,” adding,

“We know that we’re going to be doing something different on a different type of platform. Because, I mean, TBS and these linear cable networks, especially, are just like death. You know there’s no circulation, so you can’t do it forever. And he’s ready for a change. We’ve got a lot of stuff going on between the podcast and the show and the digital business.”

That said, O’Brien isn’t leaving TBS entirely. He’ll still produce new editions of his travel specials Conan Without Borders. Conan proper, meanwhile, will wrap up at the conclusion of its tenth season in June 2021.