Creed’s Scott Stapp: Even My Kids Mock My “Over-the-Top” Singing

"I guess that's the caricature voice of me and it's funny, man" 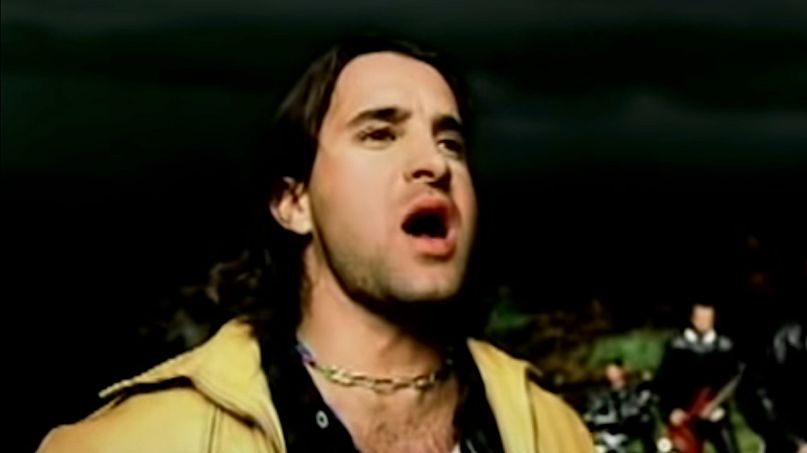 During their heyday, Creed were a multiplatinum success, but critics and many music fans have jeered at frontman Scott Stapp’s vocals over the years. Apparently, things aren’t much different among his family members, with his own children poking fun at his “over-the-top” singing.

Stapp and Creed rose to fame in the late ’90s with inspirational rock hits like “Higher” and “With Arms Wide Open”. While they were ruling the charts, they were also getting ridiculed, with Stapp’s singing style bearing the brunt of the mockery. Not only did people says that Stapp was trying too hard to sound like Eddie Vedder, they also chided him for the way he over-enunciated his lyrics.

In a new interview with The Ringer’s “10 Questions With Kyle Brandt”, Stapp admits that his singing on Creed’s first couple of albums was a bit much, but that the criticism helped him grow as a singer.

“It’s … funny to hear how other people hear you,” Stapp said. “‘Cause I never heard myself with this over-the-top stuff, but I guess that’s the caricature voice of me and it’s funny, man. I’m all about picking on myself. It’s all good man.”

He added, “It’s actually helped me as a singer because I’ve heard that and I’ve intentionally enunciated differently on different words and syllables. So thank you world, for pointing out a consistent pattern early in my 20s so I could evolve and grow as a singer. You made me better. Thank you.”

Stapp also revealed that his children have made fun of his singing style, especially on the grandiose “With Arms Wide Open”.

“It started with my oldest son and oldest nephew. I’m driving down the street and they’re giggling in the back and I was either taking them to practice or taking them to school and was like, ‘What are you guys laughing at?’ And they’re like, ‘With Arms Wide Open,” he remarked.

The singer continued, “Now, 10 years later, my 13-year-old and my 9-year-old now, they were making fun of me in the car about McDonald’s always being open. They were hungry and wanted to go get something to eat. They’re like, ‘Dad, we’re hungry,’ and I’m like, ‘Where do you want to go?’ and they bust out together, ‘McDonald’s wide open.'”

Creed broke up in 2004, but reunited in 2009 for a new album and tour that lasted until 2012. They’ve been dormant since then, but drummer Scott Phillips recently told Audio Ink Radio that the members have been communicating and that a reunion is a solid possibility.

Three of Creed’s members — Phillips, guitarist Mark Tremonti, and bassist Brian Marshall — formed Alter Bridge with singer Myles Kennedy in 2004, and remain a successful rock act to this day. They just released the new EP, Walk the Sky 2.0, which is available here.

Stapp, meanwhile, released his latest solo album, The Space Between the Shadows, in 2019. Watch his interview with The Ringer, and revisit his “over-the-top” singing on Creed’s “With Arms Wide Open” below.