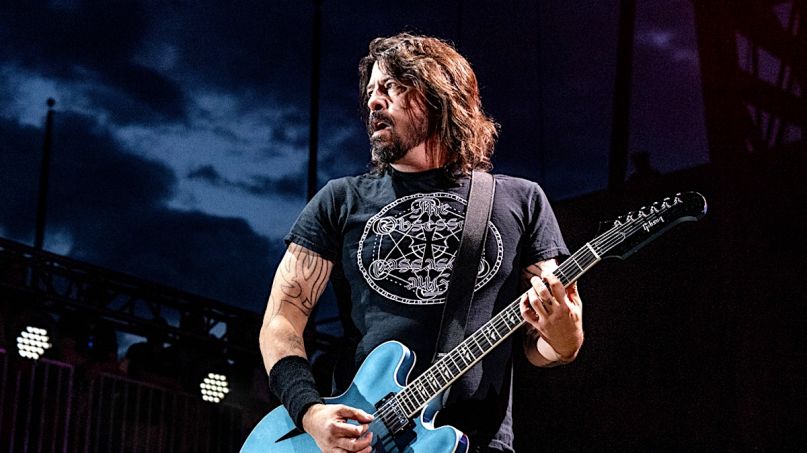 Over the weekend, Foo Fighters announced their new album, Medicine at Midnight, which will arrive in February. According to Dave Grohl, the LP will showcase a fresh sound for the band, but the frontman still thinks the Foos have yet to tap into the full spectrum of their musical capabilities. In fact, he says the band’s sound has the potential to range from death metal to The Carpenters.

In a new interview with SiriusXM, Grohl explained, “All of us grew up loving rock ‘n’ roll records you could bounce around to, like The Cars, or David Bowie’s Let’s Dance or The Power Station or The Stones’ Tattoo You. We’re lucky in that everybody in the band has diverse influences and everybody loves different kinds of music.”

He then went on to talk about Foo Fighters’ untapped potential as a band, despite being around for 25 years. “I honestly think we are capable of doing almost anything. If we put our minds to it we can kind of chameleon and turn into a death metal band or we could be like The Carpenters. We just have to decide, come together and make the decision like, ‘Alright, which way we want to go? Which way are we going to turn the wheel?’ And this time we did it to make this party record.”

As for the new LP’s first single, “Shame Shame”, which the band performed on Saturday Night Live over the weekend, Grohl explained that the song is not indicative of the rest of the album. “It’s so dark,” he said of the single. “That song is not really a party. I mean, it’s got a groove unlike anything we’ve ever done before and it has a dynamic and a vibe and a tone unlike anything we’ve ever done before. Which is why I wanted to release it first.”

Medicine at Midnight will be released on February 5th, with pre-orders available here. Watch a portion of Dave Grohl’s interview with SiriusXM below.

Dave Grohl says fans of @foofighters can expect their 10th album to be unlike anything the band has done before. 👀 Hear the full interview on @altnation: https://t.co/ragH9tYtkb pic.twitter.com/C8PUxlIlZu