"I know we're not on a spinning, flying space ball" 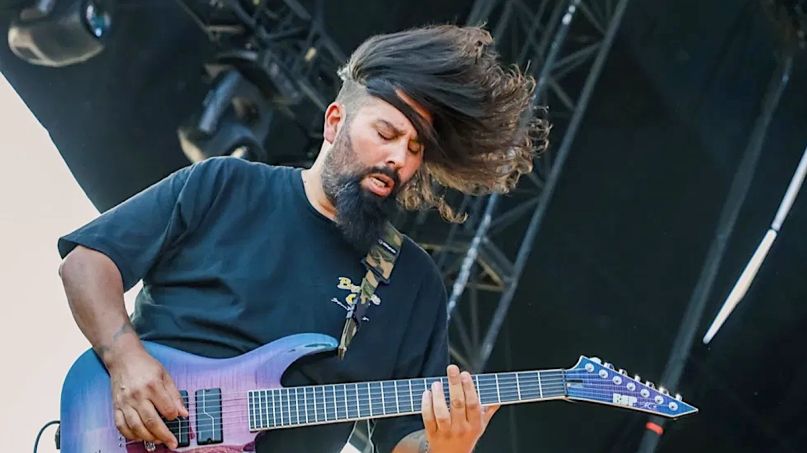 During an episode of the podcast Tin Foil Hat with Sam Tripoli, Carpenter discussed his flat-Earth beliefs in great detail, telling the host (as painstakingly transcribed by ThePRP), “The simplest terms for my perspective with flat Earth is simply, I know we’re not on a spinning, flying space ball. Now, what it actually is and all that, and to what depths it goes to, that’s all still to be discovered and people are are working on those things.”

As for the genesis of his flat-Earth beliefs, Carpenter explained, “[A friend] sent me a link to a video called Flat Earth: The Ultimate Litmus Test by a guy named Marty Leeds. Awesome video. … After I watched the video, I sent my homie a text and was I like, ‘Alright bro, I stand corrected. You were right, I was wrong, this motherf**ker’s flat.’ And then I just go down the path of watching, you know, endless videos from there.”

There’s a helluva lot more we skipped in between as far as Carpenter’s flat-Earth beliefs, but let’s move on to his anti-vax stance. When the topic of recent developments in the race to find a COVID-19 vaccine was broached, the guitarist said, “[There’s] never been one single vaccine that’s ever worked ever. All poisons, you can never get it out of your body, [your] body has no means to expel it, it’s stuck in you forever and you just suffer with whatever it becomes.”

When the host brought up the polio vaccine, Carpenter remarked, “We never eradicated [polio] … I’m grateful for COVID, for teaching me the actual germ theory, and that is the virus is something the body creates. You are not capable of catching a virus from somebody. You develop viruses because you have some type of poison or toxin within you.”

After Carpenter mentioned COVID, the subject of face masks came up. “Most people know that it’s bullshit. The germaphobes … we can’t do anything but try to help them out because they genuinely believe that there’s a deadly virus going around, and they would have believed it already,” said the guitarist. “They already thought life was deadly and dangerous. So this is no help to them. But everyone else part-time wears the mask, they already know it’s worthless. You know they all got their little favorite little logo matching their outfits. It’s like clown show. Please stop, you’re embarrassing yourself.”

He continued, “And that’s no disrespect to those who’ve fallen ill and even those who died from whatever they may have died from. Obviously none of that is disregarded, but I do not connect that to what this is, you know? … This is just some mental trickery.”

Carpenter didn’t stop there, adding, “It’s unfortunate that everybody just gave in. It was a two week event when it started … Thank you to all your mask wearers for making this permanent, good job.”

The quotes above are just the tip of the iceberg, as far as Carpenter’s various beliefs. If you want to get the whole picture, listen to his full appearance on the podcast Tin Foil Hat with Sam Tripoli below.

As far as Deftones are concerned, they just released their highly anticipated new album, Ohms, in September. The alt-metal veterans are also set to unleash a 20th anniversary deluxe edition of their landmark 2000 album, White Pony, with a bonus disc of new remixes dubbed “Black Stallion”. The White Pony x Black Stallion release is available for pre-order here.

Editor’s Note: Stay safe and support independent artists by picking up a face mask from the Consequence Store. A portion of proceeds go towards MusiCares’ COVID-19 Artist Relief Fund. And if the current state of the world has you feeling stress, why not also pick up some CBD.