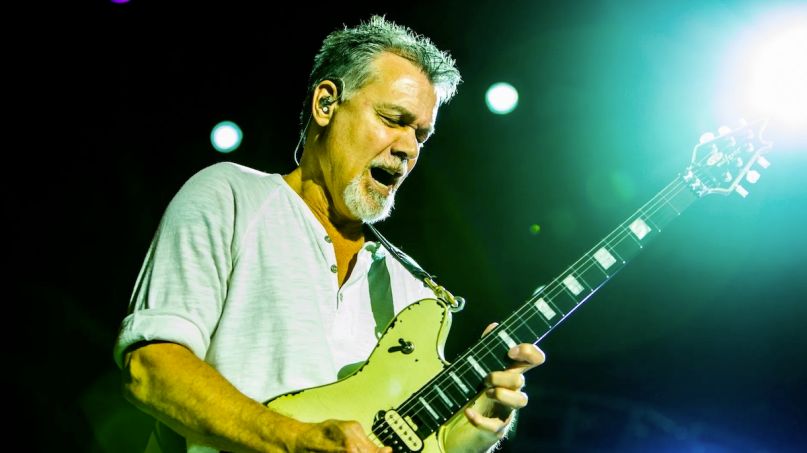 Wolfgang Van Halen discussed a myriad of topics surrounding his late father, Eddie Van Halen, during an appearance on The Howard Stern Show on Monday morning. At one point, he revealed new details about Eddie’s health leading up to the legendary guitarist’s death in early October.

Other than a couple of unconfirmed reports from TMZ, there was never any confirmation about Eddie Van Halen’s condition during the last few years of his life. Wolfgang offered the first actual details, telling Stern, “At the end of 2017, [Eddie] was diagnosed with stage 4 lung cancer. And the doctors were like, ‘You have six weeks.’”

The younger Van Halen also confirmed TMZ’s report that Eddie had sought alternative cancer treatments in Germany, and credited those visits with helping to add years to the guitar icon’s life.

Then, Eddie had a motorcycle accident in 2019 and that’s when he “found out that he had a brain tumor.” From there, “shit kept stacking up and stacking up,” said Wolfgang. “It just never let up.”

As we reported earlier today, Wolfgang also revealed during his interview with Stern that Eddie had hoped to embark on a massive Van Halen farewell tour that would have featured all three of the band’s singers — David Lee Roth, Sammy Hagar, and Gary Cherone — as well as the return of bassist Michael Anthony.

This morning also saw the release of Wolfgang’s debut solo single, “Distance”, which he dedicated to his late father with a music video featuring clips of the two of them together throughout the years.