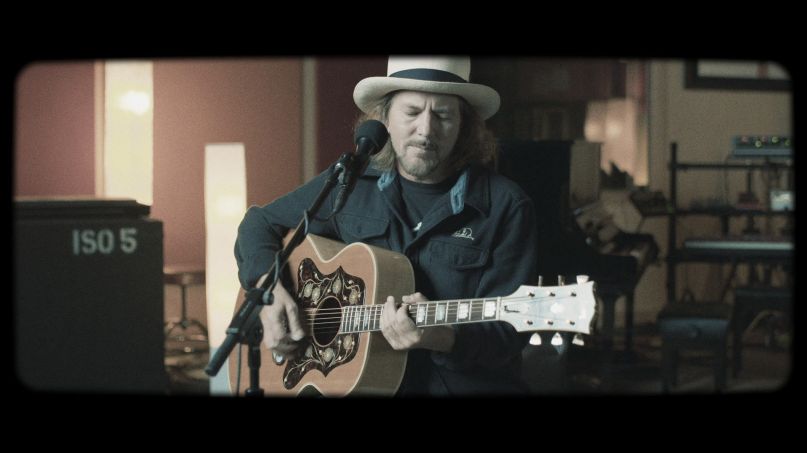 “Matter of Time” is paired with an animated music video directed by Matt Finlin and Jeff Lermire, while “Say Hi” is accompanied by a live performance video. The latter track is especially noteworthy as it was written for Eli Meyer, a six-year-old boy whose affliction with Junctional Epidermolysis Bullos inspired the Vedder’s to launch their charitable organization in hopes of finding a cure for the disease.

Both songs are also available on digital streaming platforms, and will be released on limited-edition 7-inch vinyl (pre-orders are now ongoing).

Earlier this month, Vedder sat down for a lengthy interview on the Howard Stern Show and spoke openly about  Chris Cornell’s death and the grief he still feels to this day. He also revealed the one piece of advice he gave Bradley Cooper prior to filming A Star is Born.