Evanescence Announce Livestream Concert as Only Full Performance of 2020 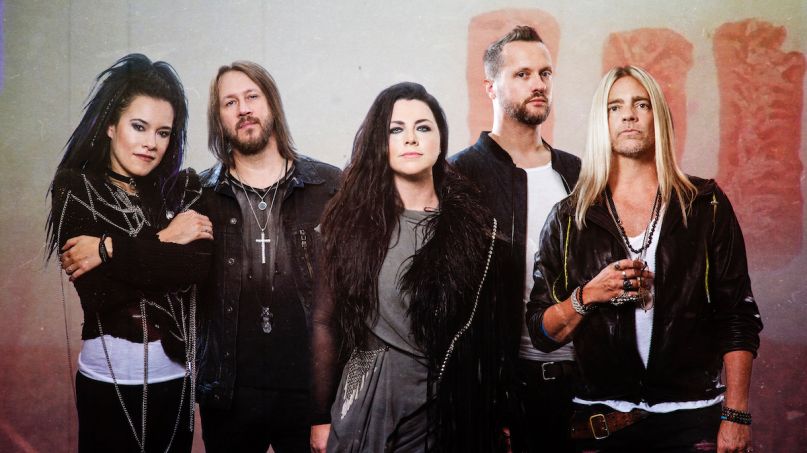 It’s been more than a year since Evanescence played their last concert, but the band is making sure to get one show in for 2020. Singer Amy Lee and company have announced a livestream set that’s slated to premiere on December 4th.

Evanescence had planned an extensive year of touring, including a major European excursion with co-headliners Within Temptation. Those dates have been postponed until September 2021 due to the pandemic, but the band will showcase new songs and old during the streaming event, dubbed “Evanescence: A Live Session From Rock Falcon Studio”.

The set was filmed with band members quarantined in Nashville, Sacramento, and Germany. As a preview, Evanescence are sharing a live performance of their latest single, “Use My Voice”.

Thus far, Evanescence have yet to announce a release date for their new album, The Bitter Truth, but have showcased the LP with three singles — the aforementioned “Use My Voice”, as well as “Wasted on You” and “The Game Is Over”.

The stream begins on December 4th at 4 p.m. ET, and will be available on demand through December 8th at 11:59 p.m. ET.  Virtual tickets for the streaming event are available here at $9.99 each (with the price set to go up on December 1st).

Watch Evanescence’s performance of “Use My Voice”, as well as the trailer for their livestream concert, below.