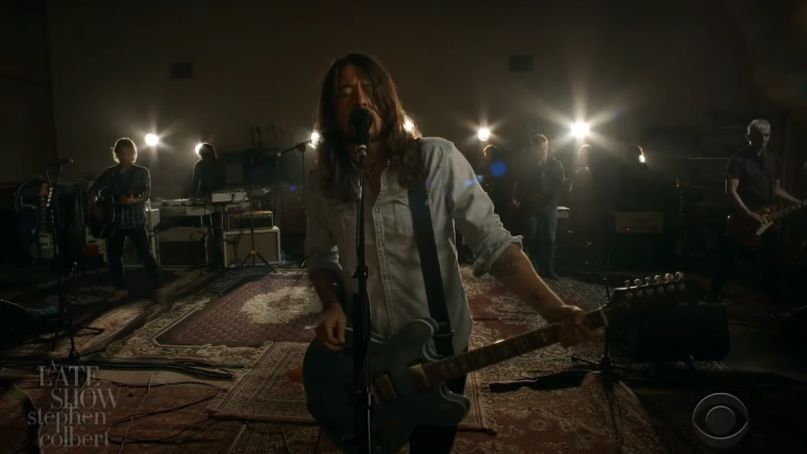 Foo Fighters continued to drum up hype for their new album Medicine at Midnight with a Thursday night appearance on the Late Show with Stephen Colbert.

The band performed their new single “Shame Shame”. Additionally, Dave Grohl spoke to Colbert about Foo Fighters’ 25th anniversary, recording their new album in a spooky mansion, and his ongoing drum battle with Nandi. Replay both the performance and the interview below.