Dave Grohl and co. will appear alongside host Dave Chappelle 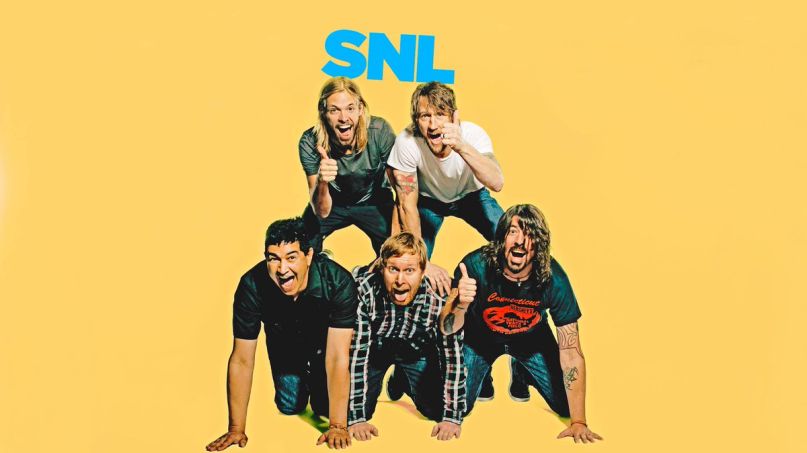 Foo Fighters have been announced as the musical guest for this weekend’s episode of Saturday Night Live (November 7th) alongside host Dave Chappelle. And by the looks of it, Dave Grohl and co. will be bringing along some new music.

Over the last few days, fans have spotted Foo Fighters’ logo projected alongside the letter “X” (the Roman numeral for 10) at various locations in Los Angeles. The projections are accompanied by a short video of a coffin on fire. Similar imagery has also popped up on Spotify. All the while, Foo Fighters have been sending out bi-weekly emails reminiscing about each of their past nine studio albums (an email for their most recent LP, Concrete and Gold, arrived earlier today).

Putting the clues together, it certainly seems like Foo Fighters are gearing up to announce their tenth studio album, and playing SNL is a great way to kick off the accompanying publicity cycle.

In interviews earlier this year, Grohl said Foo Fighters’ new album was finished, but that its release was on hold due to the pandemic. “The record is so good, we’re so excited for people to hear it, we’re so excited to go out and play it,” Grohl told Los Angeles’ ALT 98.7 FM. “It’s filled with anthemic, huge, sing-along rock songs. It’s kind of like a dance record, but not an EDM, disco, modern dance record. It’s got groove. To me, it’s our David Bowie’s Let’s Dance record. That’s what we wanted to make, we wanted to make this really up, fun record.”

As 2020 marks Foo Fighters’ 25th anniversary as a band, it’s also possible they’ll look to wax nostalgic in some way. Whatever happens, this Saturday’s episode will mark Foo Fighters’ ninth (!) time playing SNL, the most of any band. They most recently served as musical guest for the show’s 2017 Christmas episode.

This Saturday! Dave Chappelle with music from @foofighters. pic.twitter.com/syu1rRD9KQ