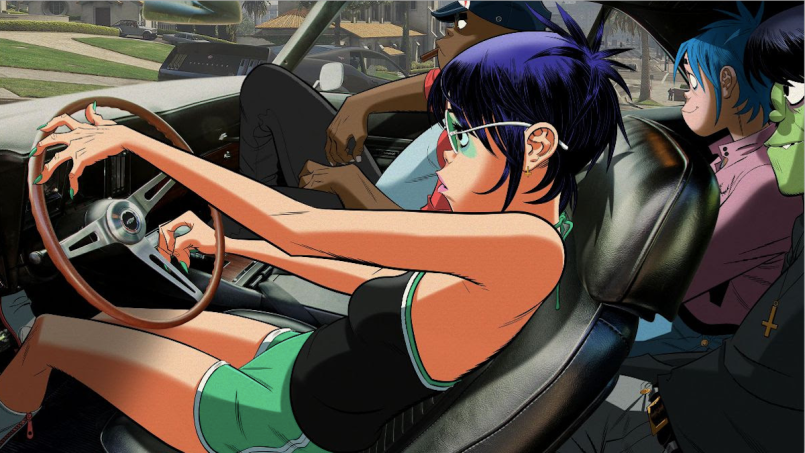 Gorillaz, "The Valley of the Pagans" music video

Last month, Gorillaz unveiled the audio portion of the first season of their audiovisual project, Song Machine. But some visuals are still coming down the pipeline, and that includes the newly-released music video for “The Valley of the Pagans” featuring Beck.

Gorillaz love to combine live-action and animated footage, but “The Valley of the Pagans” is more animated than most. It shows 2D, Murdoc, Noodle and Russel cruising around a CGI Los Angeles while driving a low-rider called a Pagan. The song blasts out of the speakers, and when it comes time for Beck to chime in, he appears on something called a Fruit phone. Honestly, it looks like it was recorded over FaceTime in about the time it takes to listen to the song, but the device (plot and cellular) works; the video is a fun journey into the demented computer-generated underbelly of California in the vein of Grand Theft Auto 5. Watch it for yourself below.

This is the eighth music video — sorry, “episode” — in theSong Machine series. The virtual band first performed “The Valley of the Pagans” among the virtual vistas of Animal Crossing. If you missed that, fret not; on December 12 and 13th, Gorillaz will play their first live sets since 2018 in an event called Song Machine Live. Beyond that, the group has teased a movie and a Plastic Beach sequel.