The Guns N' Roses-inspired cut appears in the upcoming DreamWorks film The Croods: A New Age 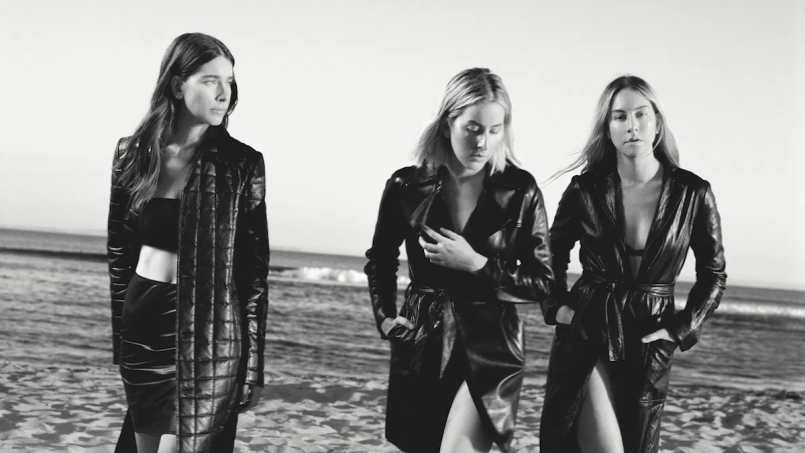 Some say rock music has gone the way of the Neanderthals, but HAIM are bringing it back with their new song “Feel the Thunder”. Produced and co-written by Ariel Rechtshaid, the track appears in the upcoming animated caveman comedy The Croods: A New Age.

With booming drums and guitars as flashy as a lightning storm, “Feel the Thunder” is a throwback to the go-go 1980s. As the band told Rolling Stone, they wanted to evoke the glamorous swagger of Guns ‘n Roses. That’s one of the reasons they tapped Rechtshaid, because according to Danielle Haim he is “the biggest Guns ‘n’ Roses fan.” She said, “He’s obsessed with them – he went and saw them on their most recent tour a bunch of times. And so I figured that that’s what we were looking for. We were like, ‘Let’s get Ariel.’ But I’d never tried to make music like that before, so it was fully like a crazy experiment.”

The song needed to do more than rock, it needed to be tailored to one particular scene in the film. The titular Croods encounter The Thunder Sisters, and the song “Feel the Thunder’ accompanies the fictional band as they save the day. To that end, HAIM also worked with The Croods composer Mark Mothersaugh. The former Devo frontman called them “very talented ladies who are very fun to work with.”

But the recording process was different than HAIM was used to, because they were trying to get the kind of echoing drum sound heard on Appetite for Destruction. “We literally set up a small sound system in the recording studio,” Este Haim said. “We mic’d all the drums and had it pumping through a small speaker system, which we’d never done before. But I guess that’s how all those records got made.”

You, too, can “Feel the Thunder” by checking out the song below. The Croods: A New Age premieres November 20th.

Last week, Este Haim spoke to Consequence of Sound about her signature Fender bass, pre-tour depression, and how “the only thing that I can do is just keep proving people wrong.” Revisit that interview now.

HAIM are still promoting their excellent new album Women in Music Pt. III. In October, they performed “3 AM” on Seth Meyers and debuted the new Paul Thomas Anderson-directed video for “Man from the Magazine”.