The "no drama" awards ceremony failed to pay tribute to the late songwriter, causing days of additional drama 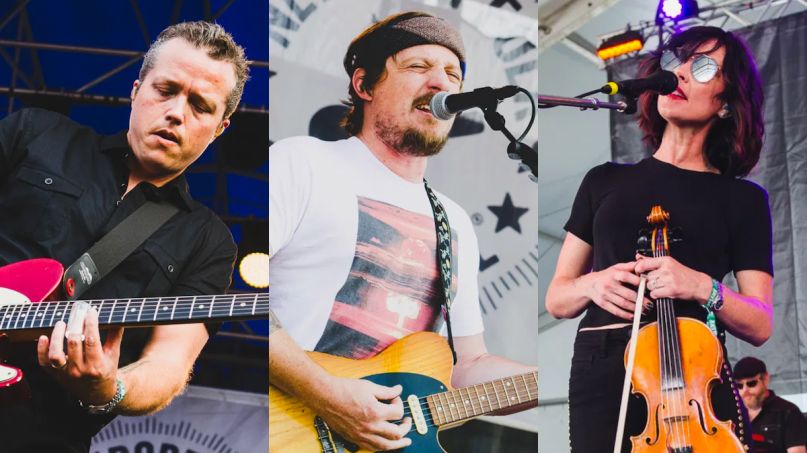 After promising a “no drama” awards ceremony, the drama surrounding the CMA Awards has now stretched into multiple days. Some of country’s biggest stars were slamming the event before it even took place, and others like Maren Morris took swipes at the awards’ lack of diversity from its own stage. Now, Jason Isbell, Amanda Shires, and Sturgill Simpson have all added their voices to the chorus of shaming coming from the CMA’s own target membership.

All three artists have the same issue: Despite tribute performances in memoriam of Kenny Rogers and Charlie Daniels, there wasn’t a single mention of the late icon John Prine. Prine, who died from COVID-19 complications in April, was never nominated for a CMA Award despite his enduring impact on country and folk music. As Simpson pointed out in a since-deleted Instagram video (via Live for Live Music), the omission was even more offensive because the awards were given out on Veterans Day, and Prine himself was a vet.

“Two seconds. That’s all it would’ve took,” Simpson said in the clip as a television broadcast of the CMA Awards played behind him. “Two seconds. Literally, two syllables: John. Prine. That’s it… nope.” As he pointed over his shoulder at Darius Rucker’s performance of “Beers and Sunshine”, he added, “All the time in the world for this shit.”

In the post’s caption, Simpson wrote,

“Don’t get it twisted,.. wouldn’t be caught dead at this tacky ass glitter and botox cake & cock pony show even if my chair had a morphine drip. … I just wanted to see if they would say his name but nope. No time for Buddha…and I promise you they were asked to include him so a ‘nope, no time’ decision was made by somebody…”

(Simpson has a history of hating on the CMAs. In 2017, Simpson, who’s never been nominated for a CMA Award, busked outside the venue where the event was being held. He kept his Grammy Award for Best Country Album in his case and raised money for the ACLU.)

Isbell and Shires were equally disgruntled by the omission of not just Prine, but also of Jerry Jeff Walker and Billy Joe Shaver. In response, the couple chose to relinquish their membership from the CMA. “I doubt anybody will care, but we cared a lot about our heroes,” Isbell wrote in a Tweet showing their CMA membership cards, which they said they’d be returning.

Ahead of the CMA Awards on Wednesday, Prine’s Oh Boy Records said they were “disappointed” Prine wasn’t going to be part of the ceremony. But they also implied they knew why he’d be omitted in favor of more “popular” artists like Rogers and Daniels: money. “While there may be a number of artists who have had more commercial success than John, there are very few who achieved more artistically,” the label tweeted.

The criticism comes after what was plainly a shit show of an awards ceremony. Despite the ongoing pandemic, the CMA decided to hold the event indoors at Nashville’s Music City Center. As if to emphasize such a high-risk situation was a bad idea, a number of scheduled attendees pulled out after receiving positive COVID-19 tests, including Lee Brice, Charles Kelley of Lady A, and one half of Flordia Georgia Line. On top of all that, the County Music Association managed to force the Associated Press to drop their coverage of the event after demanding the agency pay to be allowed to photograph the event.

Due to @CountryMusic’s failure to mention John Prine, Jerry Jeff Walker, and Billy Joe Shaver at the CMA’s last night, @amandashires and I have decided to return our membership cards. I doubt anybody will care, but we cared a lot about our heroes. pic.twitter.com/UmplzD0Z7p

We’ll be tuning in tonight for the great performances and to root on our favs, but we just wanted to share this too #countrymusic pic.twitter.com/eUjSjetC5i