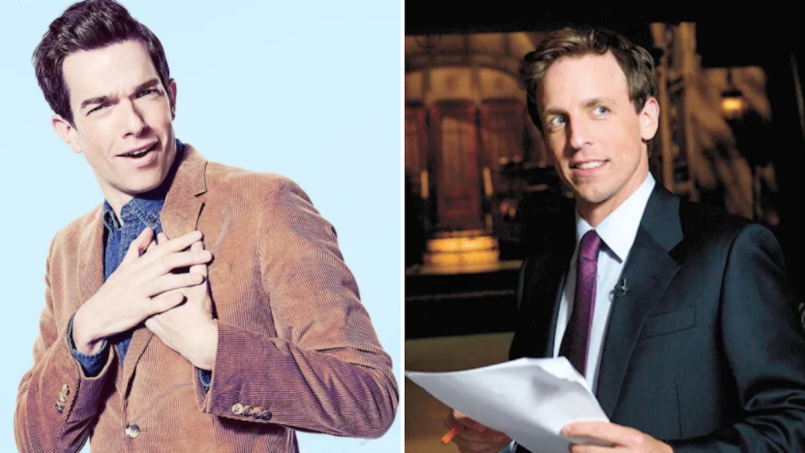 Executive producer Mike Shoemaker made the announcement on Twitter, writing, “John Mulaney likes to work so this week he officially joined Late Night with Seth Meyers as a staff writer.” He added, “I hope he stays for 100 years but I will settle for ‘as long as John wants.'”

Mulaney and Meyers are old friends and longtime collaborators. In addition to working together on Saturday Night Live and the IFC spoof series Documentary Now!, Mulaney has been a frequent guest on Late Night. His latest appearance came less than two weeks ago, and featured a memorable appearance by Julian Casablanca’s trench coat.

That oversized overcoat had a cameo in Shoemaker’s announcement. The producer said, “Here’s the 1st sketch from rookie… writer John Mulaney,” after which he shared a clip of Mulaney and Meyers discussing the role of ghosts in the election. You can watch that clip below.

As Shoemaker hinted at in his tweet, nobody expects Mulaney to stick around forever. His Emmy-nominated John Mulaney & The Sack Lunch Bunch is receiving two sequels on Comedy Central. He’s also become SNL’s go-to host. But however long this residency lasts, it ought to be a treat for viewers.

John Mulaney likes to work so this week he officially joined Late Night with @SethMeyers as a staff writer.  I hope he stays for 100 years but I will settle for "as long as John wants".
Here's the 1st sketch from rookie @latenightseth writer John @Mulaney:https://t.co/IMZ4DHbOAJ