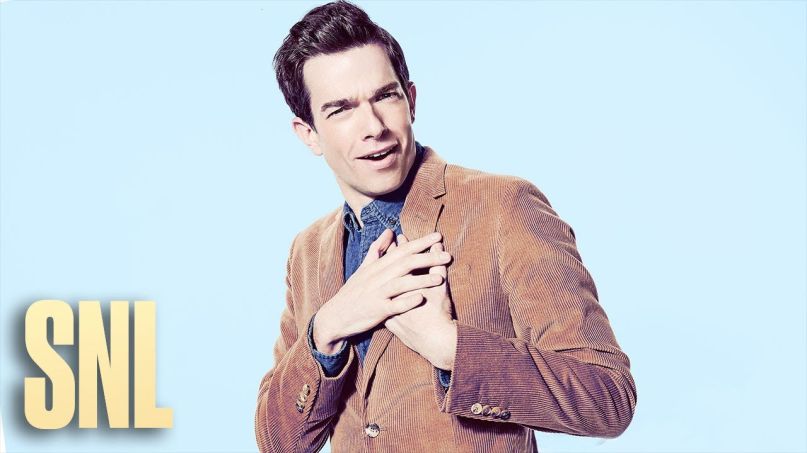 John Mulaney was a writer on Saturday Night Live for four seasons. It was a respectable, successful stint, but hardly era-defining. Plenty of SNL scribes have dug in for longer, more influential, runs behind the scenes, and unlike, say, Adam McKay, Tina Fey, or Colin Jost, Mulaney never served as head writer. He was the rare writer who made a handful of on-camera showcase appearances, but his Weekend Update commentaries didn’t garner much attention at the time. Among fans, he was better-known for co-creating Update mainstay character Stefon with beloved cast member Bill Hader. So how is it, exactly, that Mulaney, who makes his living primarily as a stand-up comic, has become not just a go-to SNL host but a reliable highlight for four seasons running?

Mulaney’s hosting of this week’s Halloween episode felt like, if not a Hail Mary, the drawing of a big gun. In recent years, he’s typically hosted sometime around the Spring, and getting him back just eight months after his last appearance seems like a tacit acknowledgement that this unprecedented streak of six live shows in a row required some additional rejuvenation that Jim Carrey and Alec Baldwin couldn’t provide.

After all, there are plenty of reasons Mulaney is in a position to provide that jolt: He’s a terrific stand-up, which means the monologue plays more like a musical performance than an obligation. He knows the show in and out, so he likely has an intuitive sense of what works and what doesn’t in a live sitting. And he’s a talented writer returning to the show as a beloved figure, which means he can probably pull from whatever backlog of sketch ideas that he wasn’t able to convince anyone to bring to air when he was “just” a writer.

By now, though, Mulaney’s hosted enough times to develop his own signature recurring material: This week featured the fourth installment of his series of musical spoofs that zero in on weird corners of urban ephemera — most famously the ordering of lobster in a greasy-spoon diner set to songs derived from Les Miserables, and most recently the purchasing of “I Heart NY” underwear from a Times Square gift shop set to, well, a bunch of different Broadway tunes. It also revived a bit where Mulaney plays a hapless uncle whose nephew (Pete Davidson) humiliates him with a series of memes.

At the same time, despite the loopy commitment of “Diner Lobster” and its ilk, none of these qualities are especially unique unto themselves. The first two episodes of this very season featured stand-up material for the monologue, and alumni host the show all the time — and to far less fanfare than Mulaney. It’s also not unheard of for frequent hosts to develop their own recurring characters. Mulaney’s enormous success hosting SNL is especially jarring when juxtaposed with the utter indifference he received as a staffer trying out stand-up bits on Update all those years ago. Though his on-camera comfort has clearly improved, it’s also not as if his style is vastly different. (If anything, his failed sitcom made clear that stand-up is his true art.) Yet he’s speeding toward the five-timers club faster than anyone else in the show’s past decade.

That’s not to say it’s undeserved: The Mulaney episodes really are a cut above. This week’s, in fact, was arguably the best Saturday Night Live episode of the season so far, even despite the deadly corninness of another bad political cold open, the ongoing absence of Aidy Bryant and Cecily Strong, and a pair of Strokes performances that served as concise reminders of what a dynamic and engaging live act Jack White is by comparison. Granted, the episode wasn’t an instant classic, but it was typically satisfying in a way that other outings this year haven’t been: Mulaney did a hilarious bit of stand-up; a sketch making a hilarious travesty of The Birds was followed by a grotesquely amusing Sleepy Hollow riff; and while the host was nowhere near Weekend Update, it somehow felt tightened up in his wake anyway.

At the same time, as a long-time SNL viewer, I get a little defensive when people rave about the Mulaney episodes, even asking whether he should be some kind of permanent guest host. His episodes are indeed special; they often feel especially New Yorky, which is gratifying for a show that headquarters in New York, loves New York, but sometimes tries playing to the out-of-towner seats with limited success. This week’s episode included his monologue material on Governor Andrew Cuomo’s press conferences during COVID (available nationally, but did anyone outside of the state care enough to watch avidly?); a fake New York City tourism ad with a spot-on portrayal of a resident who “isn’t homeless” but clearly spends most of her time outside a rent-controlled studio apartment; and, of course, the Times Square gift shop musical, hitting New York checkpoints like clockwork. Somehow, Mulaney opens up this material and manages to find an agreeable meeting point between New Yorkers’ self-involved self-assessments and non-New-Yorkers’ perceptions of the city.

The love for Mulaney episodes also teases out another New York trademark: nostalgia for an era that might never have existed. Yes, John Mulaney came from SNL, and now returns “home” in triumph every year, part of the show’s sometimes self-inflated legacy. But not many fans apart from hardcore fans were especially aware of Mulaney as an SNL writer–and, to some degree, his hosting gigs get their juice from the fact that he clearly had some good ideas the show never actually used. It’s a bit like when Tina Fey returned to the show for frequent guest appearances as Sarah Palin in 2008, and to host half a dozen times. Of course, of course, she had plenty of material on the show from her tenures as head writer and Weekend Update anchor. But it took Sarah Palin and 30 Rock, following several years away from the show, to actually get her significant camera time outside of Update. If they still made best-of DVDs with individual cast members, Fey would undoubtedly get one, and beyond an Update montage, it would be 80% material from after her time as a cast member.

Similarly, the John Mulaney episodes of Saturday Night Live play almost like nostalgia beamed in from an alternate universe, where Mulaney was an actual cast member and starred in enough classic sketches for his own nonexistent best-of special. Given how many talented performers auditioned for SNL without making it — this season’s special guest Jim Carrey, for one — there’s something deeply appealing about those flights of imagination. Having four Mulaney episodes in the space of about two and a half years almost feels like a show-within-a-show — one where Mulaney is able to work within the framework of Saturday Night Live to deliver something that still feels true to his droll phrasings and particular point of view. It’s similar to what Steve Martin — never an actual cast member! — sometimes pulled off in the early years: episodes that are both of the show, and outside it. This makes a silly sketch about The Birds funnier than other silly sketches spoofing old movies, and a pale imitation of “Diner Lobster” more forgivable than other recurring bits. The snappy, sometimes oddly bittersweet, vibe of the Mulaney episodes wouldn’t make sense on a weekly basis.

Like a holiday, they conjure magic that can and should only appear once in a season.