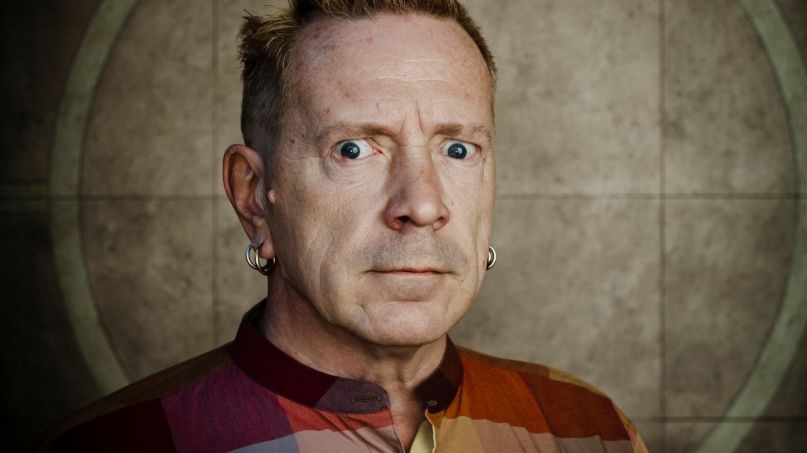 Former Sex Pistols frontman Johnny Rotten, a.k.a. John Lydon, made good on his threat to vote for Donald Trump in Tuesday’s presidential election.

Lydon called into Good Morning Britain on Wednesday to discuss his support for Trump. “It makes complete sense to me to vote for a person who actually talks about my kind of people,” Lydon commented. “Trump is not a politician. He’s never claimed to be. How unusually exceptionally wonderful is that for people like me, working class people.”

“We’re bored of ‘intellectual’ left-wing ideas,” Lydon continued. “We can’t take much of you. You talk twaddle. Everything you do – you just miss the point of who the general population are.”

The interview then took an awkward turn when Good Morning Britain host Susanna Reid asked Lydon about Trump’s behavior on the world stage. “Let me finish!” Lydon screamed. “It does nothing for these people! Nothing! And this is why they now support him so loyally because he is the only hope.”

Appearing to read off of a piece of paper, Lydon proceeded to regurgitate several right-wing talking points. “I’ve watched what the Democrats have done to California, let alone this entire west coast, it’s absolutely disgusting… It’s chaotic, dogma-led, it seems to have a Karl Marx agenda behind it.”

“Look at what your liberal-minded agenda has done to Portland and Seattle” the “Anarchy in the UK” singer added. “Do you want some more of that everywhere? 140 solid days of rioting… [Biden] doesn’t deal with ANTIFA or BLM in any way at all.”

In a previous interview with The Observer last month, Lydon lauded Trump’s handling of the economy, and said he sympathized with him over being labeled as a racist. “I’ve been accused of the very same thing, so I’m offended for anybody who’s called that.” (In 2008, Bloc Party frontman Kele Okereke accused Lydon of an “unprovoked racist attack” that resulted in Okereke suffering severe facial bruising and cuts to his face. Details of the incident, which allegedly occurred backstage at a music festival in Spain, were later corroborated by members of Foals, Kaiser Chiefs, and Mogwai.)

When the interviewer asked Lydon about the killing of George Floyd by police, Lydon responded: “There’s not anyone I know anywhere that wouldn’t say that wasn’t ghastly. Absolutely! It doesn’t mean all police are nasty or all white folk are racist. Because all lives matter.”

Though he hails from London and fronted one of the most famous bands in UK history, Lydon became an American citizen in 2013 and currently resides in California.