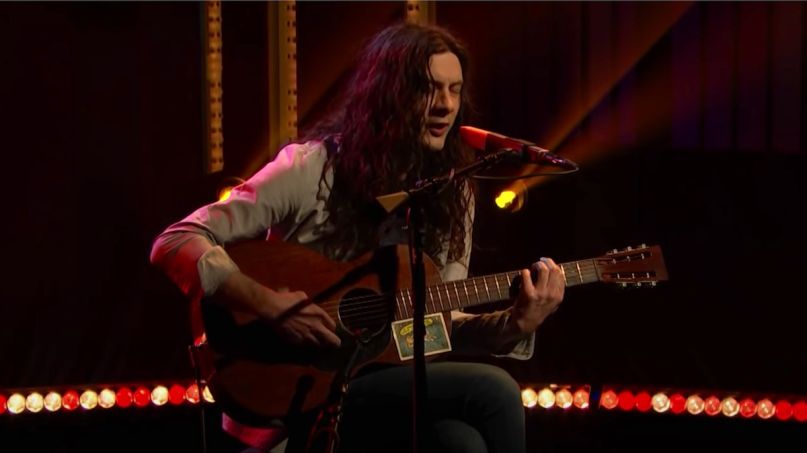 Kurt Vile stopped by Late Night with Seth Meyers on Thanksgiving evening to perform his cover of “Speed of the Sound of Loneliness” by John Prine. Watch the full performance below.

Instead of doing the traditional introduction to segue into Vile’s performance, Meyers actually told a brief, personal story before passing the microphone over to the musician. “My family loved John Prine and we booked this act because we thought it would be a perfect song to listen to together on that couch,” he said. “Now we can’t be together, and it was unplanned, but this is a perfect song for anyone who’s not with their loved ones this year.”

Vile’s rendition of the song is a faithful, yet emotional, spin on Prine’s original version. Basked in the soft glow of an overhead light, Vile takes his time fingerpicking his way through the track, letting his voice curl around each vocal slide with the slightly pitchy delivery he’s known for — and the result of which makes for a rather tender cover of “Speed of the Sound of Loneliness”.

It was fitting for Vile to cover Prine on Thanksgiving because he’s a vocal, longtime fan. Not only did the two play together years before Prine passed away due to COVID-19, but Vile has also covered him numerous times and released a new EP, Speed, Sound, Lonely KV, which features a duet with Prine.