Lars Ulrich: Metallica Are Roughly a Month into “Some Pretty Serious Writing” for New Album 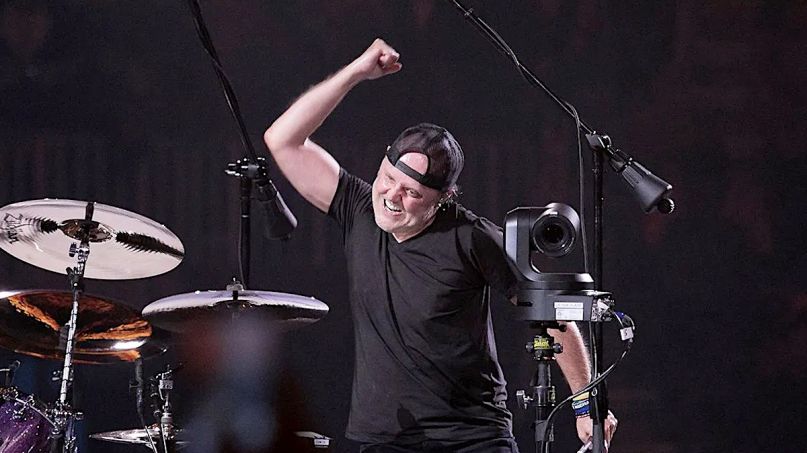 After sharing new music ideas with each other over Zoom and email early on in the pandemic, Metallica are now into “some pretty serious writing” for their next album. Drummer Lars Ulrich revealed the news to Phoebe Bridgers as part of a “Musicians on Musicians” conversation the two had for Rolling Stone.

The 26-year-old Bridgers revealed herself to be a big Metallica fan during the conversation, and divulged that the much-maligned St. Anger was probably the first Metallica album she heard. She called it a “great record”, to which Ulrich responded, “That record had a very, very different makeup. For those couple years, everything was about being open with each other, about the spirit of no rules. I’m happy we did it.”

From there, the drummer transitioned to the present day, saying, “We’re three, four weeks into some pretty serious writing. And of all the shit — pandemics, fires, politics, race problems, and just f**king looking at the state of the world — it’s so easy just to so fall into a depressive state. But writing always makes me feel enthusiastic about what’s next.”

He continued, “It’s like, ‘F**k, there’s an opportunity here to still make the best record, to still make a difference. To still do something that not even turns other people on, but turns me on.”

At another point in the conversation, Ulrich and Bridgers talked about their mutual love for Motörhead. “When I moved to California, I used to literally follow Motörhead around,” said Ulrich. “I saw 68 Motörhead shows. I would just drive behind their tour bus on the I-5, and it was like I was sort of on tour with them.”

Bridgers, on the other hand, didn’t even realize that legendary Motörhead frontman Lemmy Kilmister had still been alive until the news of his death broke in late 2015. “I was on a road trip with my drummer, and we were listening to the radio. They were talking about how Lemmy passed away, and I was like, ‘Lemmy was alive?’ I was like, ‘Oh, my f**king God. It’s crazy that he was alive this whole time.” So he died twice to me.”

She added, “I just sometimes always assume those people who are famous for living hard aren’t around anymore, and it was just a weird mindf**k.”

Metallica recently played a streaming benefit concert for their All Within My Hands Foundation. They had previously reconvened in the summer for a performance that screened at drive-in theaters across North America. The metal legends also released their 2019 “S&M2” concert performance in various formats in August.

Bridgers, meanwhile, has had a breakout year, releasing the critically acclaimed album Punisher in June, and following that up with the brand-new EP, Copycat Killer.

Heads Up: From now through November 30th, receive a free gift for every purchase you make at the Consequence Store.