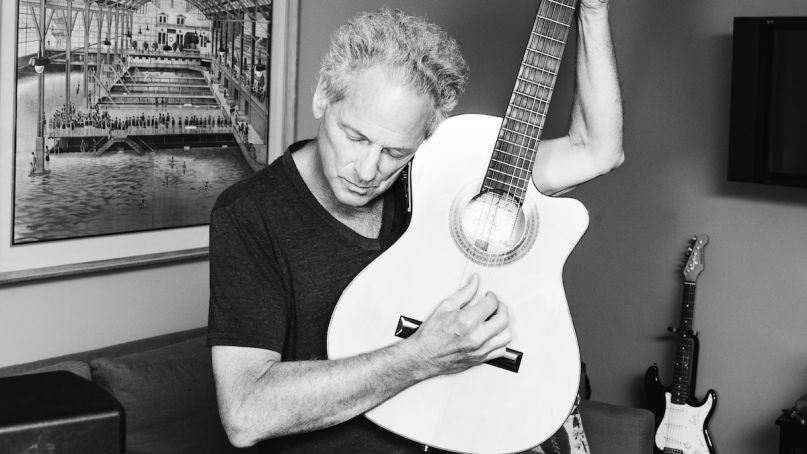 Lindsey Buckingham has announced a special ticketed livestream concert coming straight from his home studio. Dubbed “At Home with Lindsey Buckingham”, the event is set to take place December 5th at 8:30 p.m. ET.

The show will mark Buckingham’s first public performance in nearly two years, following both his dismissal from Fleetwood Mac in 2018 and his open-heart surgery last year. That life-saving operation reportedly did some damage to his vocal chords, but he demonstrated his recovery during a corporate Zoom performance in August. He was also supposed to go on a solo tour back in the spring, but COVID forced a cancellation of those plans.

Tickets for “At Home with Lindsey Buckingham” go on sale Friday, November 13th at 10:00 a.m. ET via the guitarist’s website. 50 fans will be able to upgrade their access to include a Q&A taking place before the gig, in addition to a limited edition merch bundle. Regular tickets cost $15, with the “VIP” package set at $125.

This isn’t the first time Buckingham has popped up during the pandemic. Last month, he joined in the viral “Dreams” TikTok challenge by picking up a bottle of Ocean Spray and hopping on his horse. Other Fleetwood Mac members such as Mick Fleetwood and Stevie Nicks also joined in on the trend.