Welcome to the uncanine valley 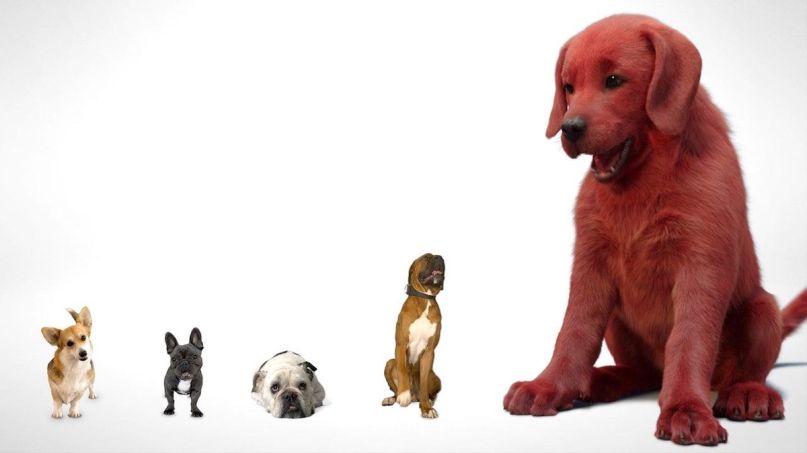 A Labrador Retriever puppy has been dipped in blood (?) in the first teaser for the live-action adaptation of Clifford the Big Red Dog.

The movie is based on the Clifford books by Norman Bridwell, which concern a small girl named Emily Elizabeth and her comically-oversized dog. The transition from animated page to live action screen is full of pitfalls, and director Walt Becker (Wild Hogs) seems to have stepped in all of them.

Beyond the commitment to cadmium red, the pup’s face has that slightly frozen expression common to CGI, where only a few muscles move at a time. The short clip highlights the issue by beginning with a lineup of real dogs, which is meant to sell the joke of Clifford’s size, but merely underscores his corpse-like stiffness. Roboticist Masahiro Mori famously coined the term uncanny valley to describe the creepiness of artificial humans that look nearly lifelike, and now Becker has invented the uncanine valley. Check out the teaser below.

It’s here: your very first look at Clifford The Big Red Dog! #CliffordMovie hits theatres next year, but today we’re celebrating the pets who inspire us to #LoveBig. 🐾 ❤️ Share a pic of your favorite pet to help us spread the love! pic.twitter.com/CGRn8M8QYL