Maggie Rogers to Release Notes from the Archive: Recordings 2011 – 2016 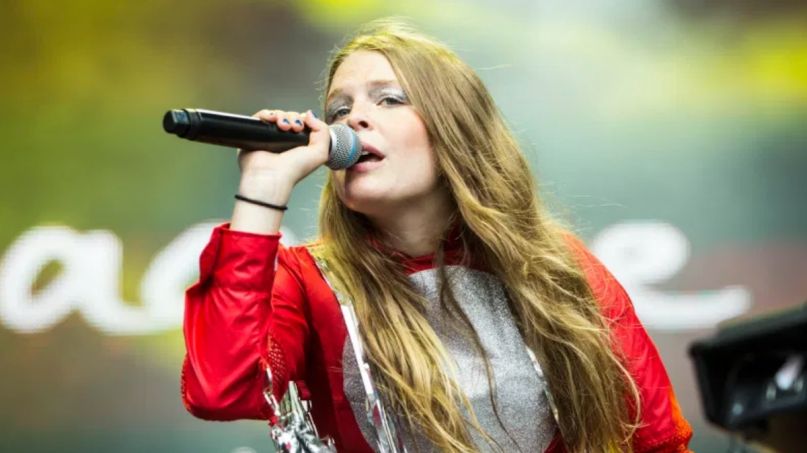 After Maggie Rogers went viral for her original song “Alaska” in 2016, she settled in to indie pop fame rather seamlessly. All the music that she wrote before entering the public eye, however, hasn’t gotten the credit it deserves. That’s why Rogers has announced she’s releasing Notes from the Archive: Recordings 2011 – 2016, a collection of old songs and previously unavailable tracks.

Notes from the Archive traces Rogers’ evolution from an unknown preteen singer-songwriter to a collegiate folk-pop sensation. As such, the album includes newly remastered versions of tracks from Rogers’ early albums, including Blood Ballet and The Echo, as well as six never-before-heard songs: “Celadon & Gold”, “Together”, “Steady Now”, “One More Afternoon”, “(Does It Feel Slow?)”, and “New Song”.

To give fans a better idea of what to expect from the 16-track record, Rogers has shared a self-narrated visual to introduce Notes from the Archive and reveal the inspiration behind the project. “I started writing songs as a way to process and document me life,” she says in the clip. “A few years later, music production became a way for me to hear those songs alive and in full form in the world. This record is about looking back on ten years of work.” Check it out below.

Notes from the Archive: Records 2011 – 2016 is scheduled to come out December 18th via Rogers own record label, Debay Sounds. Pre-orders are currently ongoing.

This feels like an appropriate way for Rogers to wrap up 2020, a year that’s felt like a celebration lap for her. It kicked off with her nabbing a Grammy nomination fueled by her breakout record Heard It in a Past Life, one of the best albums of last year. Then she offered her live talent for a Democratic National Convention performance, teamed up with Phoebe Bridgers to cover the Goo Goo Dolls, and even stopped by Sesame Street for a tender sing-along.