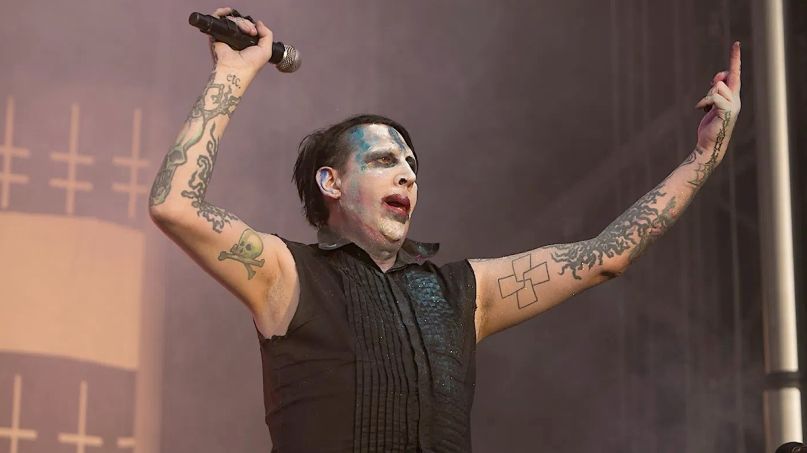 More than a year ago, Marilyn Manson announced that he would be acting in CBS All Access’ miniseries adaptation of Stephen King’s The Stand. With just a few weeks to go before its December 17th premiere, the show’s director, Josh Boone, has revealed that the shock rocker’s role has been cut from the limited TV series.

While Manson’s particular role was never formally unveiled by the series’ creators, it was assumed by many that he would play the pyromaniac Trashcan Man from the 1978 novel. However, it was recently revealed that actor Ezra Miller would play that role, leading to speculation that Manson had been cut from the series.

As it turns out, Manson was set to play The Kid, a character who appeared in an extended version of King’s novel, but not in the original story. As director Boone explained to Entertainment Weekly, “Just to clarify, Marilyn Manson and I had long-discussed him taking on the role of The Kid in The Stand. He and the great Shooter Jennings even recorded a killer cover of The Doors’ song “The End” that ultimately proved too expensive to use. The show was made on a very tight budget and some of the dreams we had went to the wayside. The Kid was another casualty.”

Boone added, “When Manson wasn’t able to make it work schedule-wise, the storyline was ultimately excised and never shot, which is for the best, as no one could have slayed that role like Manson would have. Hope to work with him in the future.”

Previously, The Stand showrunner Benjamin Cavell told Entertainment Weekly, “We thought we were going to be able to restore the character of The Kid, but there really isn’t a lot of reason for The Kid to exist.”

In other news, a representative for Manson recently addressed the singer’s former relationship with actress Evan Rachel Wood, after the rocker hung up on a reporter who asked about her testimony of an abusive relationship with an ex-partner. While Wood never named Manson, the timeline she laid out pointed to her relationship with the musician. The publicist listed a number of reasons defending Manson and explaining why it shouldn’t be assumed that he was the abusive partner that Wood had referenced.

While fans of Manson won’t see him in The Stand, they do have his new album, WE ARE CHAOS, to entertain them. The LP, which features the singles “DON’T CHASE THE DEAD” and the title track, is available here.

Watch a trailer for CBS All Access’ The Stand below.