The Trump campaign has provoked the Rebel Alliance into action 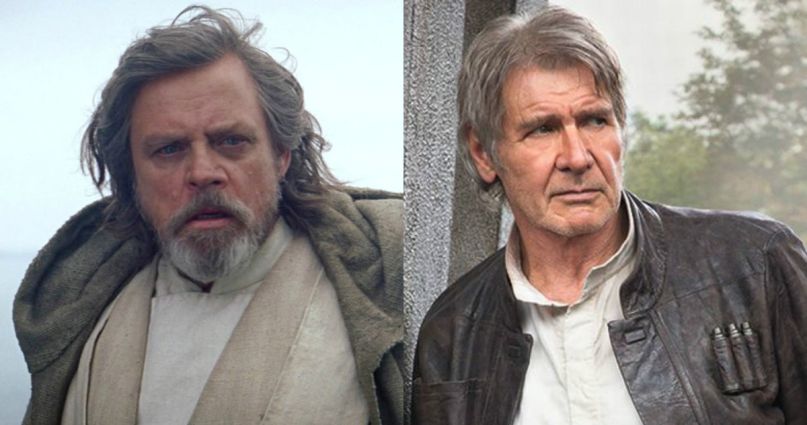 The Trump campaign already compared itself to the Death Star, and so it makes sense that they’ve provoked the Rebel Alliance into action. Now, Jedi Master Luke Skywalker and General Han Solo have — oh fuck it, we can’t do this today. Democracy is under threat and the world is on fire, so please enjoy Mark Hamill and Harrison Ford from that space wizard thing you like explaining why you should just fucking vote already.

Hamill and Ford appeared in separate advertisements from The Lincoln Project, an anti-Trump super PAC run by former GOP operatives. The organization is somewhat problematic, but fascism is on the rise, so we’re not worried about that right now, okay? Hamill’s advertisement is called “Absentee” and it makes the case that legally-cast votes should be treated as votes, even though Trump has suggested they shouldn’t. “If he gets his way, many who cast absentee ballots will not have their vote counted,” Hamill somberly says. It’s a good ad, though I don’t think it takes legal precedence over a regressive Supreme Court.

For his part, Ford narrates a 60-second spot highlighting Trump’s antagonism towards Dr. Anthony Fauci, director of the National Institute of Allergy and Infectious Diseases. This ad glosses over Trump’s anti-mask rhetoric, instead honing in on his recent threat to fire Fauci soon after the election. Over a picture of Trump and Fauci, Ford intones, “You can fire only one of them. The choice is yours.” That’s true, unless you live in one of the 38 states that are totally uncompetitive, in which case you can only fire your own sobriety and then doom scroll until oblivion comes.

Voting finishes today, November 3rd, but a winner is unlikely to be declared until the end of the week at the soonest. In the meantime, Trump has suggested he plans to claim premature victory. It is possible that the only way we’ll avoid lame-duck shenanigans is with a Biden landslide. So please. Just fucking vote. Seriously. Fuck.

Many celebrities have come out as pro-Biden or at least anti-Trump, including Brad Pitt, Dave Bautista, Jim Carrey, and Dwayne “The Rock” Johnson. In recent days, Trump has been endorsed by Lil Wayne and Lil Pump, though Trump has been calling the latter Little Pimp.

The Lincoln Project and Harrison Ford are teaming up to let Americans know you can only keep one of them: Trump, or Fauci. pic.twitter.com/WmimV0inTC