Miley Cyrus and Stevie Nicks Team Up on “Edge of Midnight”: Stream 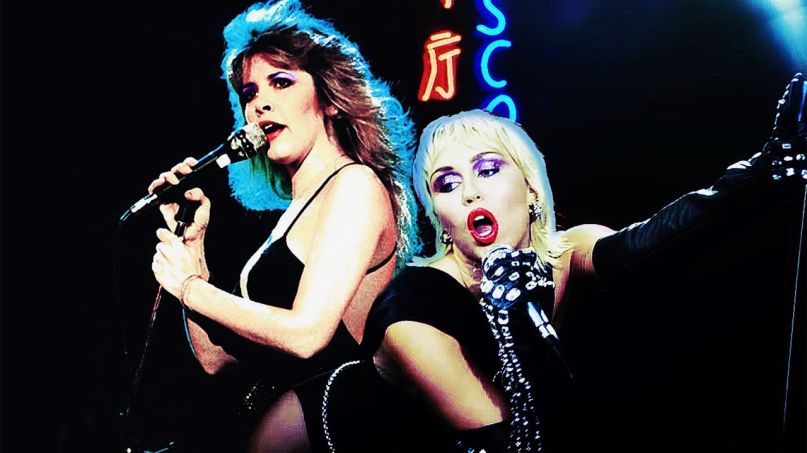 Miley Cyrus’ new single “Midnight Sky” is built around a sample of Stevie Nicks’ “Edge of Seventeen”. Now, Cyrus has dropped a remix of the song featuring none other than Nicks herself. Take a listen to the appropriately titled “Edge of Midnight” below.

In an interview around the time of “Midnight Sky”‘s release, Cyrus recalled how she reached out to Nicks to get her blessing. “I sent her the song and I said, ‘I have an alternate melody, if you don’t want me to kind of like pay tribute to you and your greatness and how much you’ve inspired me.’ And she said, ‘You can borrow from me anytime.'”

“Midnight Sky” marks the first single from Cyrus’ upcoming album, Plastic Hearts. Alongside 13 original tracks, the album contains covers of Blondie’s “Heart of Glass” and The Cranberries’ “Zombie”. Additionally, Cyrus is said to be working on a Metallica covers album.

Nicks also recently returned with her own new single, “Show Them the Way”, which marked her first original solo recording in a decade.