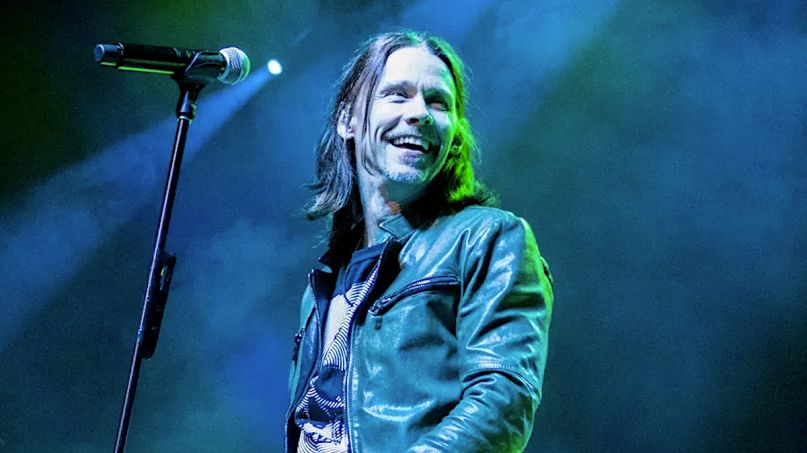 Alter Bridge were into the touring cycle for their 2019 album, Walk the Sky, when the COVID-19 pandemic shut down their plans for 2020.

With no concerts on the horizon, band members Myles Kennedy, Mark Tremonti, Scott Phillips and Brian Marshall decided to release a live EP from their most recent tour stops, as well as record a new studio track, “Last Rites”.

The band’s Walk the Sky 2.0 EP has just arrived, and the collection features six live performance along with “Last Rites”. The studio track was conceived during the Walk the Sky sessions, but was was completed and recorded during the pandemic.

Kennedy sat down with Heavy Consequence to talk about the new EP, as well as the status of his upcoming sophomore solo album, the effect of the pandemic on Alter Bridge and his other projects, and any movement with Slash Featuring Myles Kennedy and the Conspirators. Read the full interview with the singer below, followed by a full stream of Walk the Sky 2.0.

On the genesis of the Walk the Sky 2.0 EP

We figured that since we weren’t able to tour, let’s put out an EP, kind of a way to punctuate the Walk the Sky album cycle. So, we figured, let’s take some tracks from the tours and do a live EP, and maybe we’ll include a new song on there, as well. So, that was the thinking. So, we took tracks that were from Walk the Sky. Those were the tracks we chose to emphasize the live context, as opposed to a lot of older material. For those folks who we didn’t get a chance to play for on this tour, we were like, if we can’t come to your town and play, at least we can provide a good quality version of the audio, just so you’d get a feel for what it was like.

On the live performances that are featured on Walk the Sky 2.0

Unbeknownst to us, managers and engineers had multi tracks rolling at each of the shows, and they were smart enough not to tell us, because we all tend to get in our heads, “Oh, the shows are being recorded.” So, then you stress as a performer. So, we found out after the fact, and I’m like, “Well, great. We didn’t know!” We know now, though, so we’re onto them. Now, if they try and record us in the future, we’ll know that the tape’s rolling!

Just what a novel concept it was to be in a room full of people without masks, and what life was before this complete paradigm shift. It’s just been such a shift. I think that, for me, it’s made me realize how we took so much for granted. I long for the simpler times, when you could just go rock out and have a good time.

On Alter Bridge’s new song, “Last Rites,” which was recorded during the pandemic

It was started [during the Walk the Sky sessions]. That was the genesis of the idea. Mark [Tremonti] had that killer riff. We just felt like it wasn’t going to be something that fit the overall vibe of Walk the Sky, as far as what we were trying to attempt to do with that record. So, when all of this happened, we thought it’d be cool to revisit that song. I went ahead and cut the vocals here in my studio, 3,000 miles away from those guys, through the power of technology. It’s just amazing what you can do. I was able to sit there, just like this, with Elvis [Baskette], our producer, and I cut the vocal, and then I sent the WAV files to him, and he put it in the context of the arrangement and was able to mix it. It’s just embracing technology in these crazy times, and it’s something you couldn’t even fathom doing 20 years ago. Now, you can do it in an afternoon.

On what he hopes fans take away from the new EP

I hope it just satisfies their desire, if they were wanting to hear these songs live. For me, that’s what I hope they would get from it. If they couldn’t come to any of the shows, because we only got to do three tours. We did a tour of the States a year ago and then Europe around this time. And then we did one more tour of the States early this year, before all this got kind of crazy. So, we just didn’t get to hit a lot of markets. Hopefully this will do for now.

On the status of his upcoming sophomore solo album

That was tracked in August and September. It’s being mixed now. I actually spoke with Elvis, our producer, yesterday, and he’s well on his way to getting it mixed, which is exciting. Then we master it, and then we get some artwork done and all that. I’m hoping at some point next year that, depending on how things play out with the state of things, that will happen. That’s the goal.

There are elements from Year of the Tiger. I wanted to, with that record, establish an overall vibe. So, a lot of that is acoustic-based. A lot of it is blues-based. The entire solo entity is something that I needed to do because I love sort of thing and don’t get to do it in the various projects that I’m in as much as I’d like. So, that was the goal there. What I will say is that with this record, there is more electric guitar. There are a lot more solos. It’s more of a guitar record, because I started as a guitar player and really wanted to explore that more with this new album.

I figured there was no point in making a carbon copy of the first one, and the first one was very unique, lyrically. It was something that I felt like I got off my chest, and it was very cathartic. I wanted to explore something different for this. But, from a sonic standpoint, there are still elements from that first record — lap steel, I think I even used some mandolin on some of the songs. There are a lot of acoustic elements, but there’s also definitely turning it up, plugging in and rocking out a little more.

Working on new material off and on for years, really. I mean, since we did the last run, which was — geez, how long has it been now? I don’t even remember. Everything is just kind of running together! (Laughs) But, there’s always new ideas starting to bloom. Due to the state of things, as far as getting that material out, we’re just going to have to wait and see. But,there are always ideas in the pipeline.

Right now … I think Mark’s probably starting to think about solo stuff for him with [his eponymous band] Tremonti, would be my assumption. So, we’re just going to power down for the time being and then reconvene, who knows, sooner rather than later. I will say that since completing the solo record, I told myself I wanted to just power down and not create for a little while, just to kind of cleanse the palate. So once I feel rejuvenated, I’ll probably start getting back into that world, as well.

It’s going to take quite a while. I think, initially people were hoping, oh, this will be a few months and we’ll be back at it by the fall. I was hoping that they were right and that someone like myself who tends to look at the worst-case scenario and watches way too many documentaries about viruses and about, “Oh, the end of the world is coming.” I thought, well, that seems like a pretty tall order. Unfortunately, it’s kind of playing out that way. So, I think it’s going to be, you know, next year, the year after that, after that. I dunno.

It’s going to be interesting. I think a lot of us who are creative have been utilizing this time to basically write and create and reevaluate things, trying to figure out where things are going. For guitar geeks like myself, there’s a lot of time to just sit and noodle and practice. I’m even noticing that with guys that I follow on Instagram, just how much time downtime they have because they’re not touring. I’m noticing, man, that guy’s technique was great before, but now he’s doing things that are like, “Wow.” I’m assuming it’s just like the rest of us, that he’s got nowhere to go, so we just sit there with a guitar in our hands for 12 hours a day, and this is what happens. It’s going to be exciting. I think in about three years, maybe less, there are going to be some real interesting, cool things that come from all of this, as far as bodies of work that are created and things that are attained from a technical standpoint on various instruments. I kind of feel like the sky’s the limit, because what are we going to do other than just work on our craft?

That’s a really good question. I appreciate you asking that, actually, because I think for a lot of bands who are attempting to navigate the new world, it seems like the common thing to do right now are livestreams. And people are doing it in hopes that they can make sure that people understand they’re still out there, and they’re still in the musical universe. It’s amazing, because there are so many entertainment options now, with the internet and how much the world has changed, that you have to constantly be doing things to remind people that, “Hey, here we are,” to cut through the noise. But, when bands are doing these livestreams, if you can support that and check it out, it’s definitely something that they appreciate and helps them a lot and helps keep the entity afloat.

My big fear is with a lot of younger bands, in particular, who haven’t established themselves yet and haven’t established the brand yet, because of the unfortunate timing of all this and due to the fact that we don’t know how long it’s going to last. Hopefully, they’re going to be able to stay afloat. For those of us who’ve been doing this for a decade, you’ve built up your fan base. You have a brand. So, it’s easier to come out of this still intact. But, for bands who are just coming up the ranks and doing exciting things, I do worry about them, because I like the idea of new blood, seeing young artists and seeing people who are wanting to take the torch and continue the musical legacy. That’s so important to me. I would hate that because of a pandemic or because of whatever set of circumstances that it would hinder somebody from wanting to do that. So, just support who you love. If there’s a band you like, or a solo artist or whatever that you enjoy, keep an eye on them and support them how you can.

On what he’s thankful for this year

I have so much to be thankful for — health, and that I’m still above ground. That’s always a plus at this stage in the game. My family, my wife. I’m beyond lucky. I’ve nothing to complain about. So, I’m very grateful for everything. That’s the way life has panned out. Every day is Thanksgiving for me.

Our thanks to Myles Kennedy for taking the time to speak with us. Pick up Alter Bridge’s Walk the Sky 2.0 here, and stream the bundled album and EP below via Apple Music or Spotify.